While we both recover from Covid — yes, we finally succumbed, after 2½ years of careful masking, distancing, vaxing and boosting — we witnessed a presentation by the Fort Sill Apache Fire Dancers that was part of the 2022 Gila River Festival. Positioning ourselves very far from other people, and with a giant zoom, we captured a few images and some fuzzy video.

We couldn't hear the narration, so later I went online to learn a bit more about the group. I had to be reminded that the Fort Sill Apache are, in fact, descendants of the Chiricahua and Warm Springs Apache, who were removed from their homelands in southeastern Arizona and southwestern New Mexico and held as prisoners of war by the United States from 1886 to 1914. 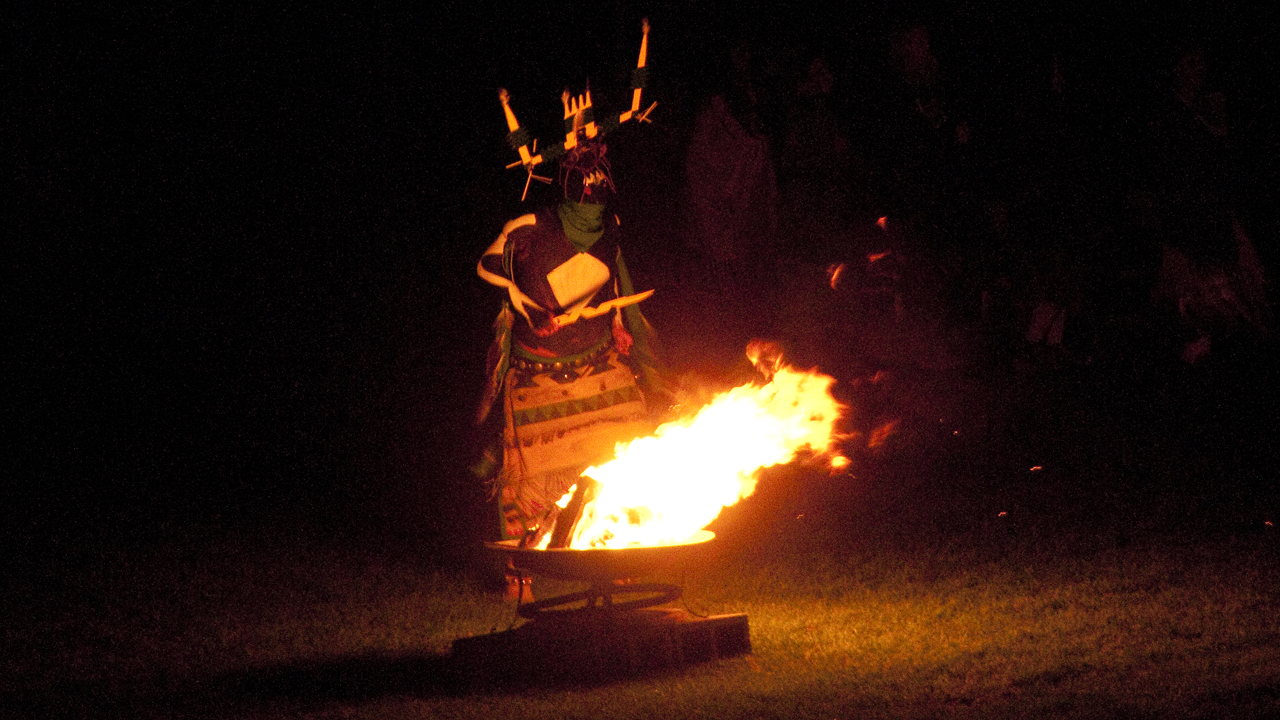 I wasn't able to learn about the founding or history of the dancers, except that their purpose is primarily traditional and ceremonial, and they rarely perform in public. The "fire dance" — or dance of the mountain spirits — is based on an Apache legend:

There were two Apache youths, one blind, the other crippled. They were left behind in a mountain cave to fend for themselves after their tribe was attacked and had to flee.

Many days and nights they waited for their tribesmen to come and rescue them. Their food ran out, their bodies grew gaunt. They came to fear that they had been abandoned, that death would claim them soon.

Then one night as they huddled in the darkness, they heard a strange voice in the cave. The voice of the spirit said to them, "Do as I tell you. Build a fire, then fill the water pouch full.

Lay it on the fire, put more wood on the fire and heat the water until the pouch bursts.

"While the fire is heating, blind man, put the crippled one on your shoulders. As soon as the pouch bursts, jump over the fire.

When you do this, you shall be able to see, blind man, and crippled one, you will be able to walk. "Then watch and remember everything you see, every movement made, then find your people, give this ceremony to them that they may perform the dance just as the mountain spirits have danced. " This is the dance of the mountain spirit. The story is told to Apache youths, passed from generation to generation. 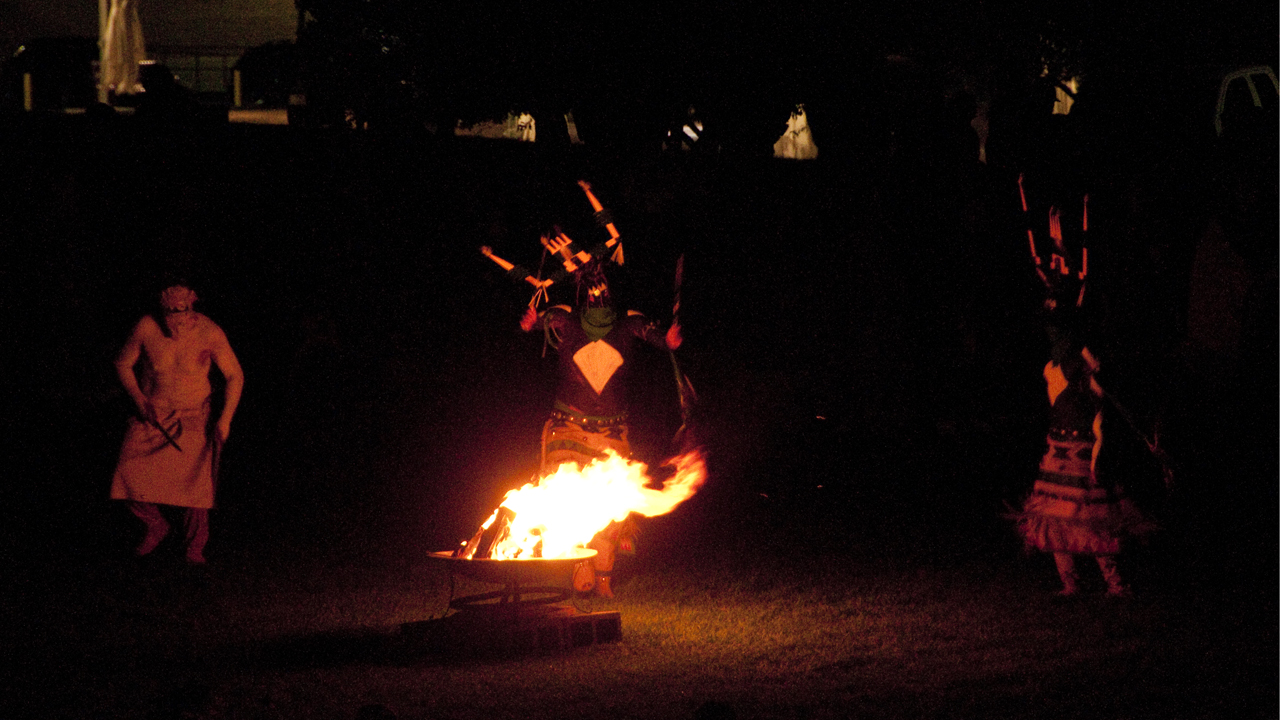 Wearing distinctive, elaborate headdresses, four men dancers personify powerful, spiritual beings that bring blessings among the Apache. Following these men are young men dancers who are in training for future ceremonies. Men who sing sit to one side of the dance area, accompanying themselves with water drums. After the men dancers have acknowledged the four directions, women dancers join in, moving slowly around the outskirts of the circle, taking small steps.

The Encyclopedia of Oklahoma History and Culture: Dance, American Indian 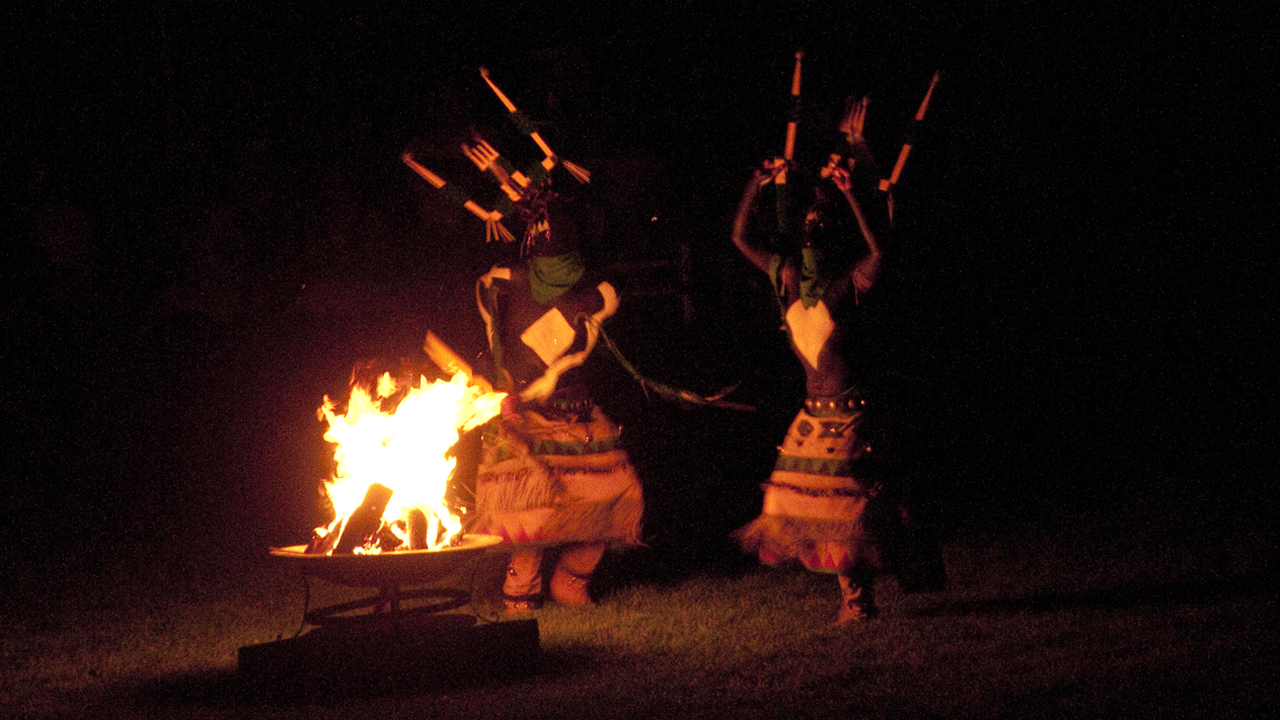 As with many Native Americans dances, the movements and the music are somewhat repetitive. By the end of the dance, 90% of the audience had lost interest and drifted away.

"What they're doing is traditional," said Phillip Bread, public relations manager for Red Earth Inc. "That's why it's so exciting.

"They could make a lot of money, but they would rather not. They don't alter the dance to please the public."

We found it mesmerizing and magical, on an early Fall night, with first a rainbow, and then flashes of heat lighting as a backdrop. I am grateful to the Fort Sill Apache for preserving and sharing their traditions with us.

And I love that they don't care whether we like them or not!