A return visit to Three Rivers was, if anything, even more impressive than our initial exploration on a bone-chilling winter day in December, 2016. Here are the best of the hundreds of photos we took on this trip. We find it astonishing that there are so few repeats! 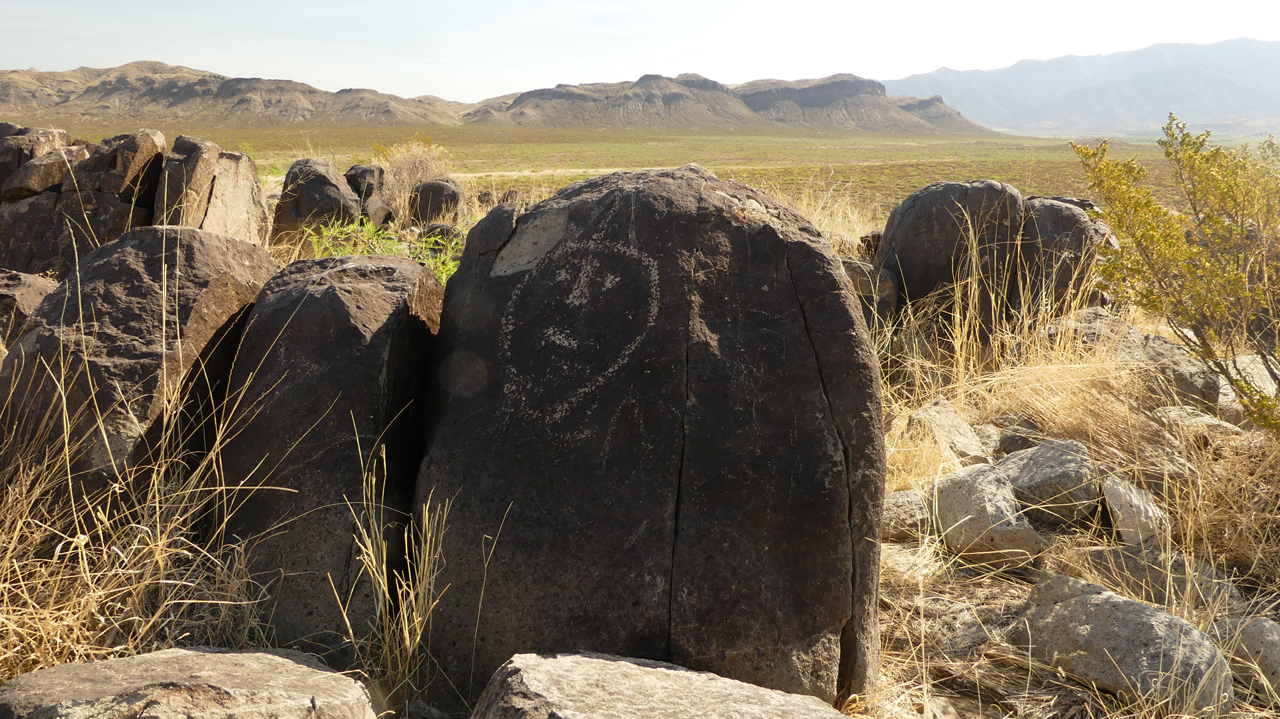 A face or mask? 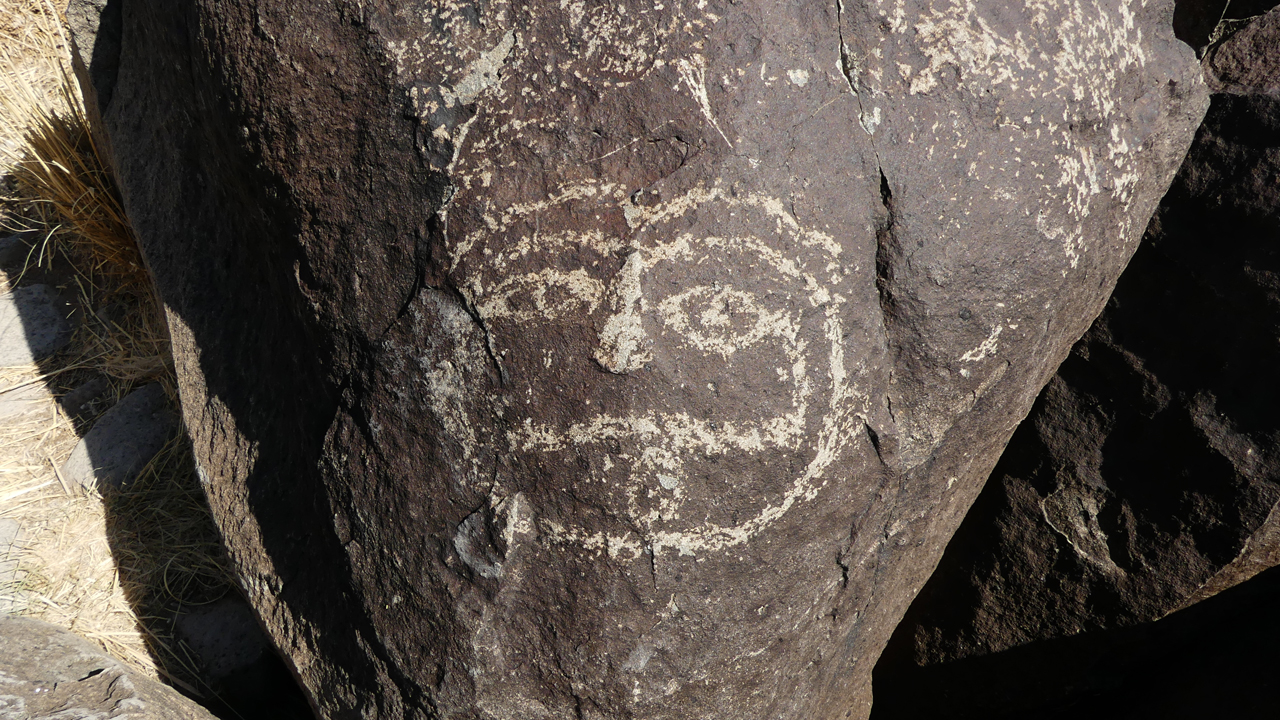 A most realistic 3D face or mask. 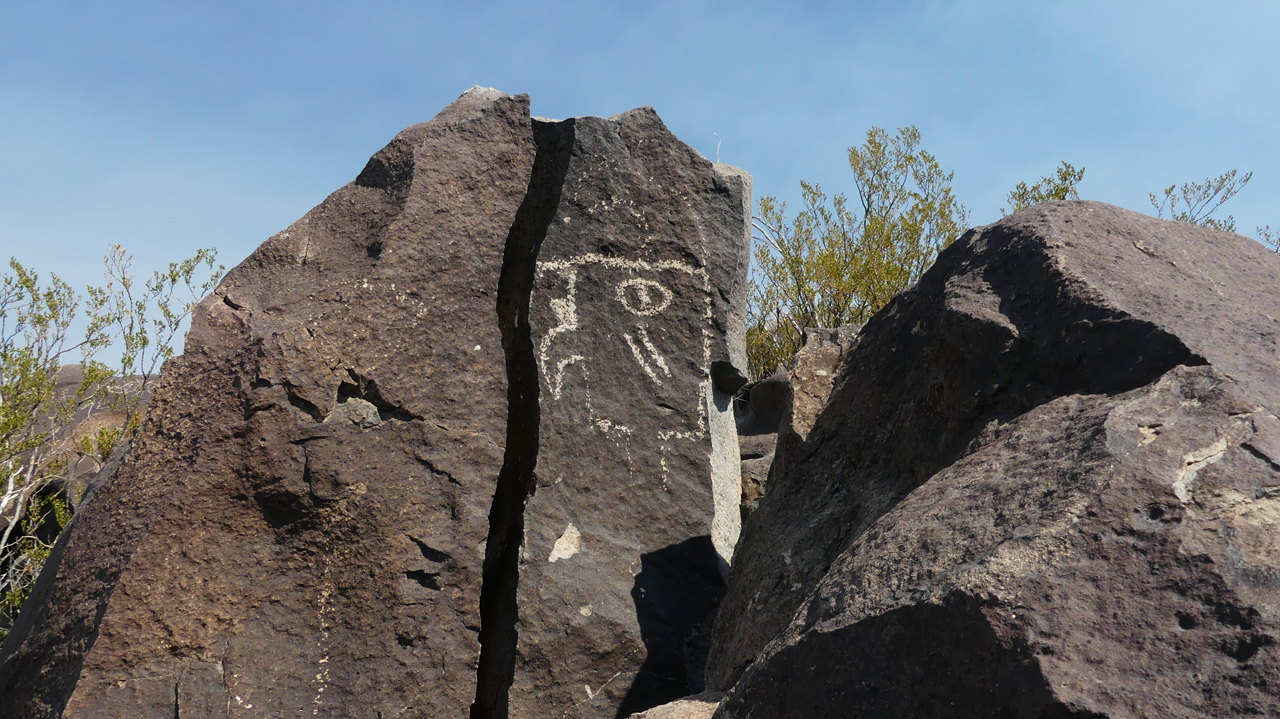 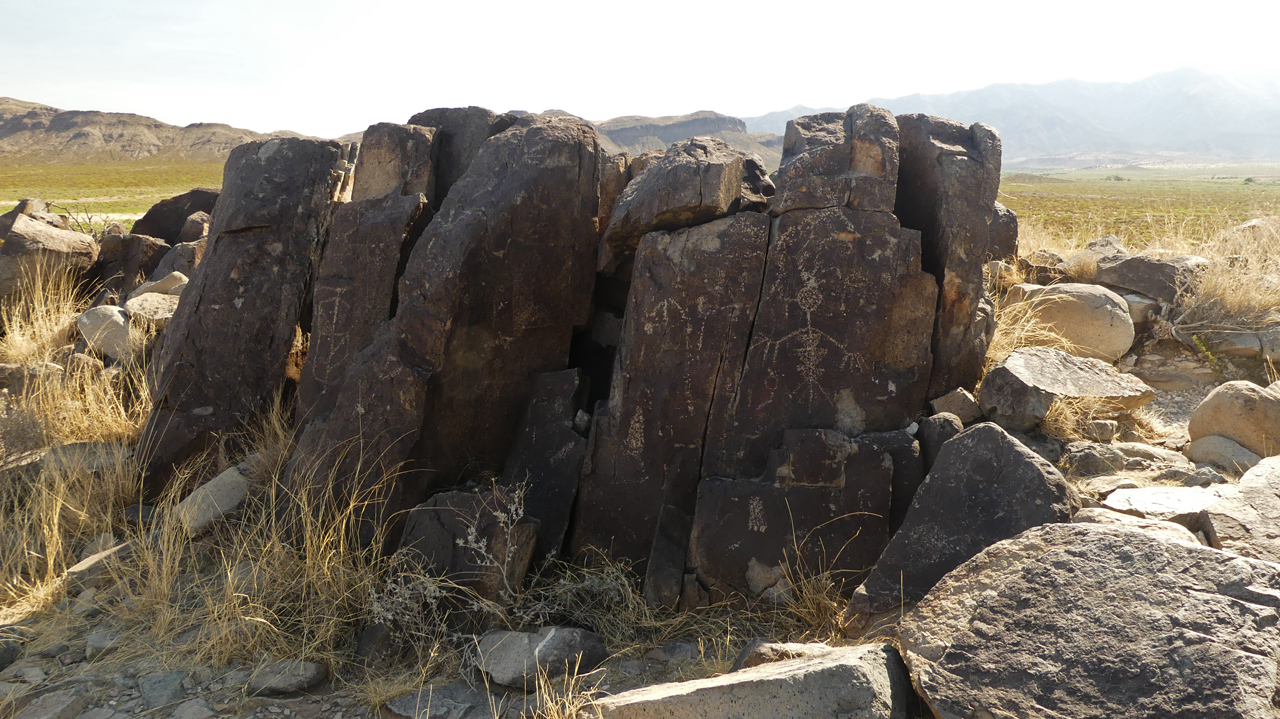 Various figures including a human possibly wearing some sort of headress?

Looks like a fish on a platter. My favorite from this visit. 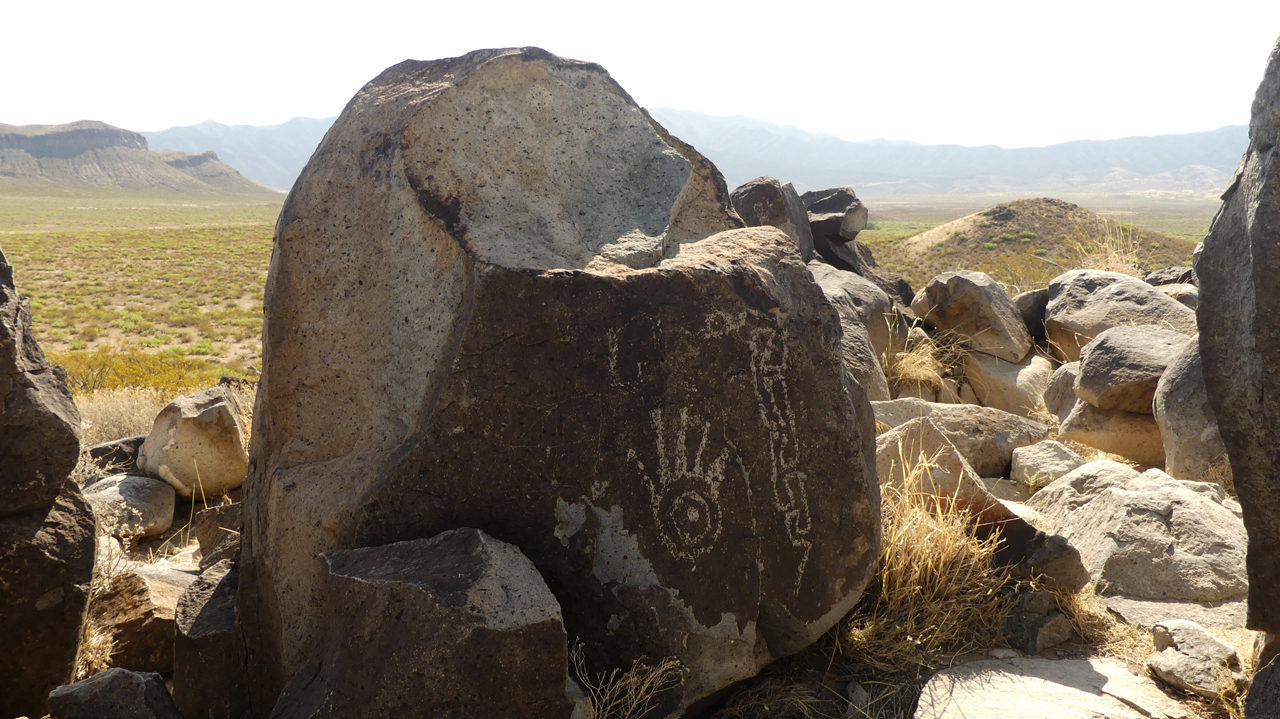 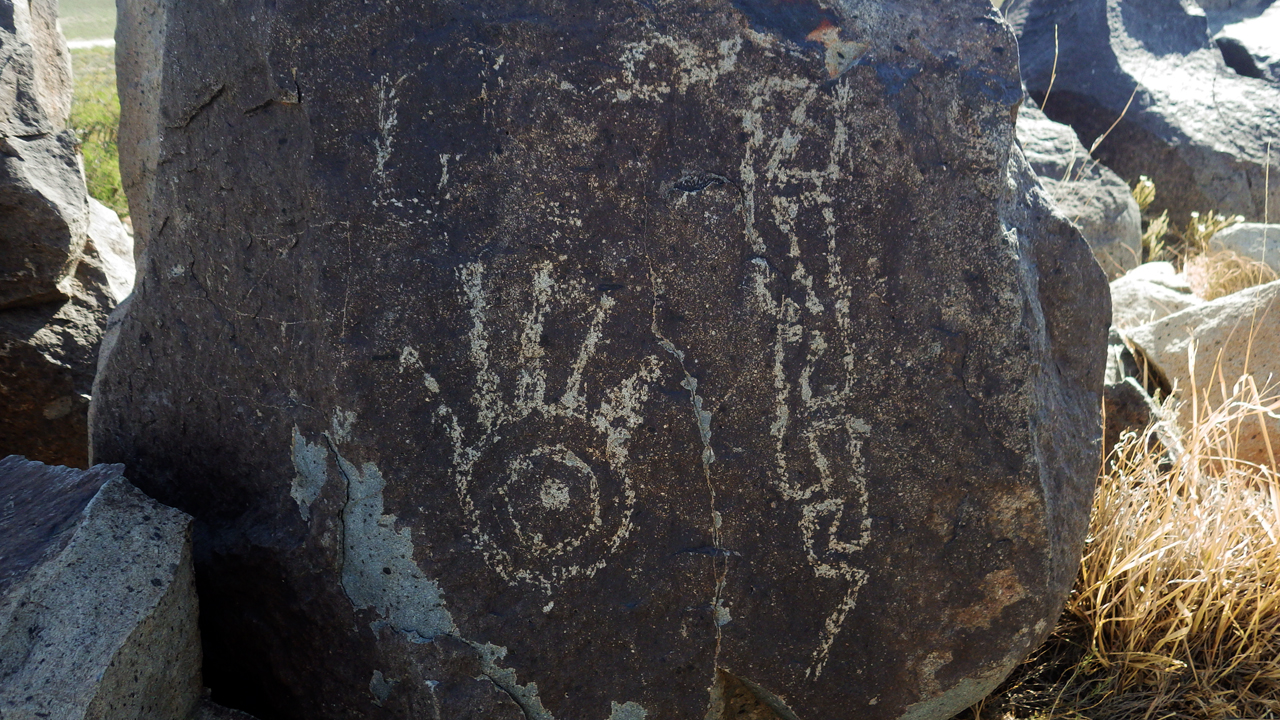 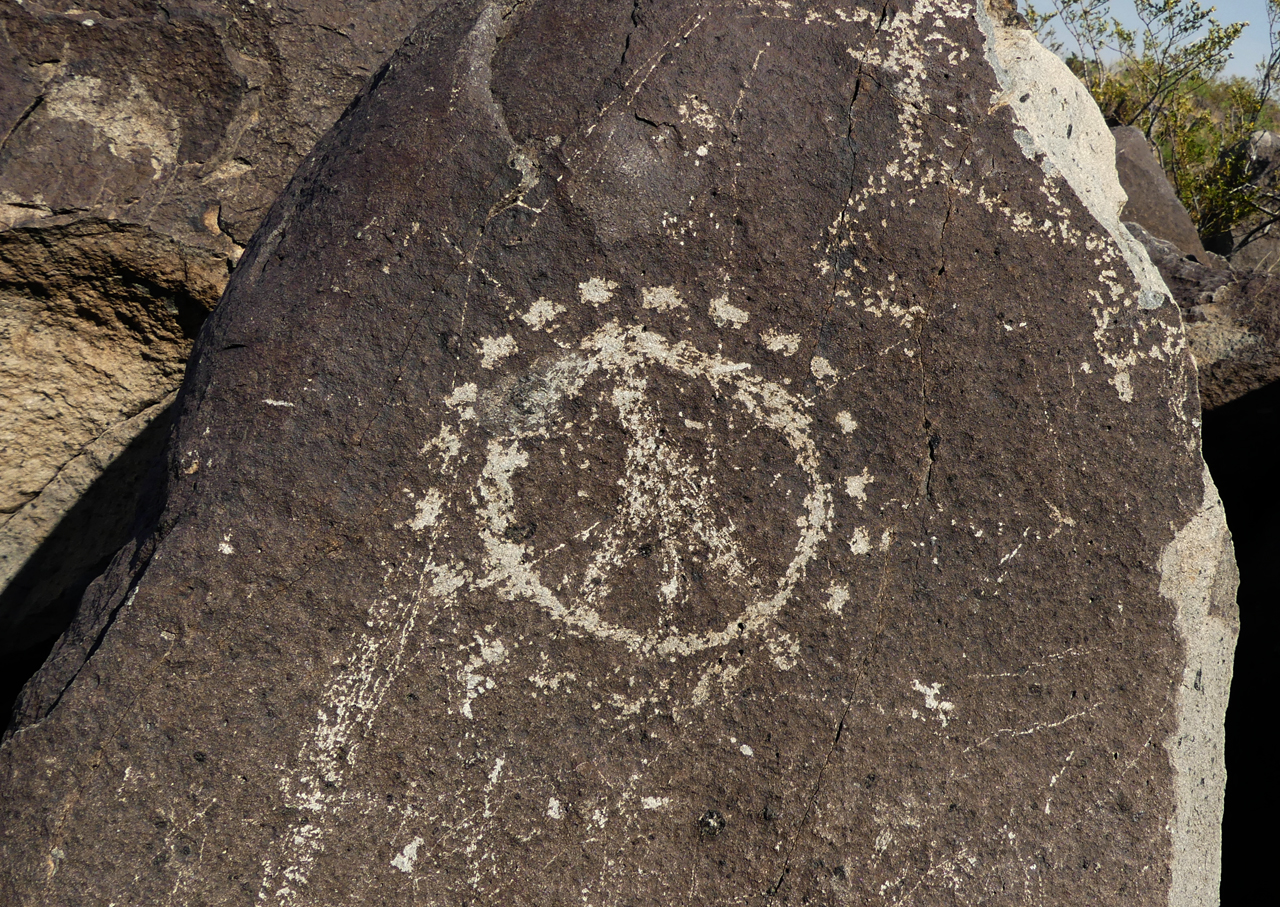 The circle and dot motif is common at the Three Rivers site, but this one looks for all the world like a peace symbol. Was it modified? 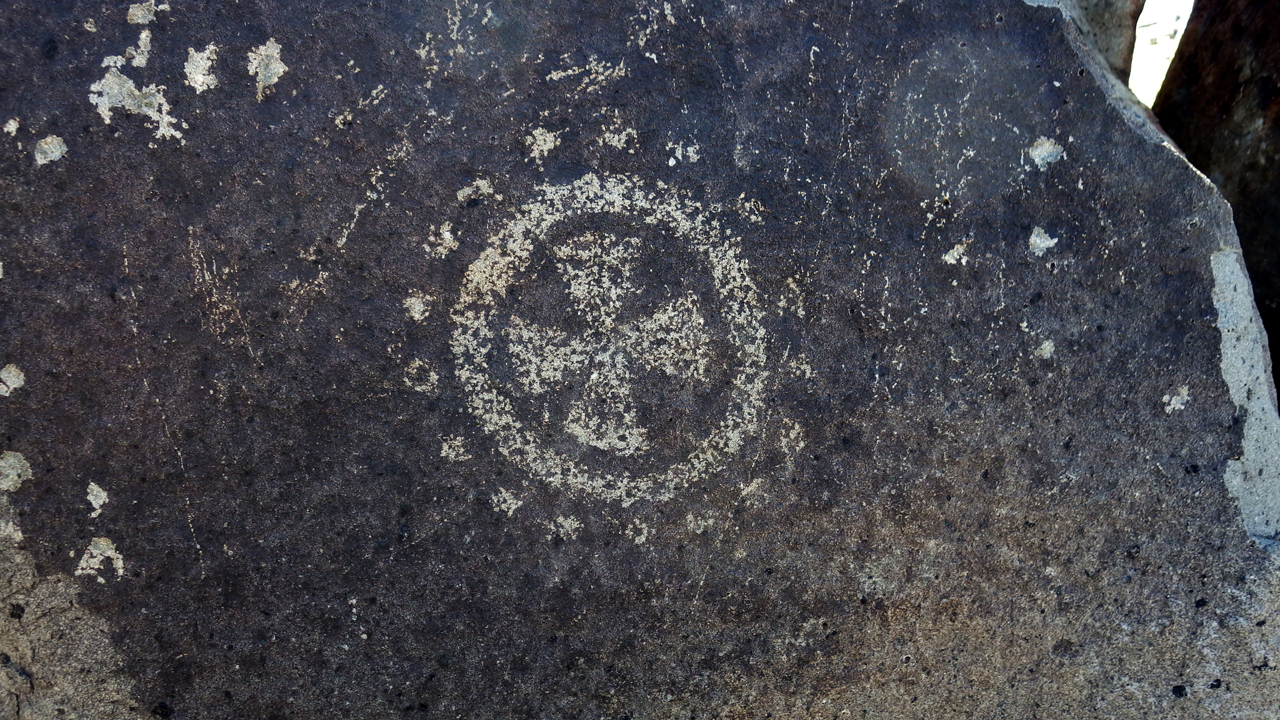 What to make of this? It looks for all the world like a Crusader Cross! 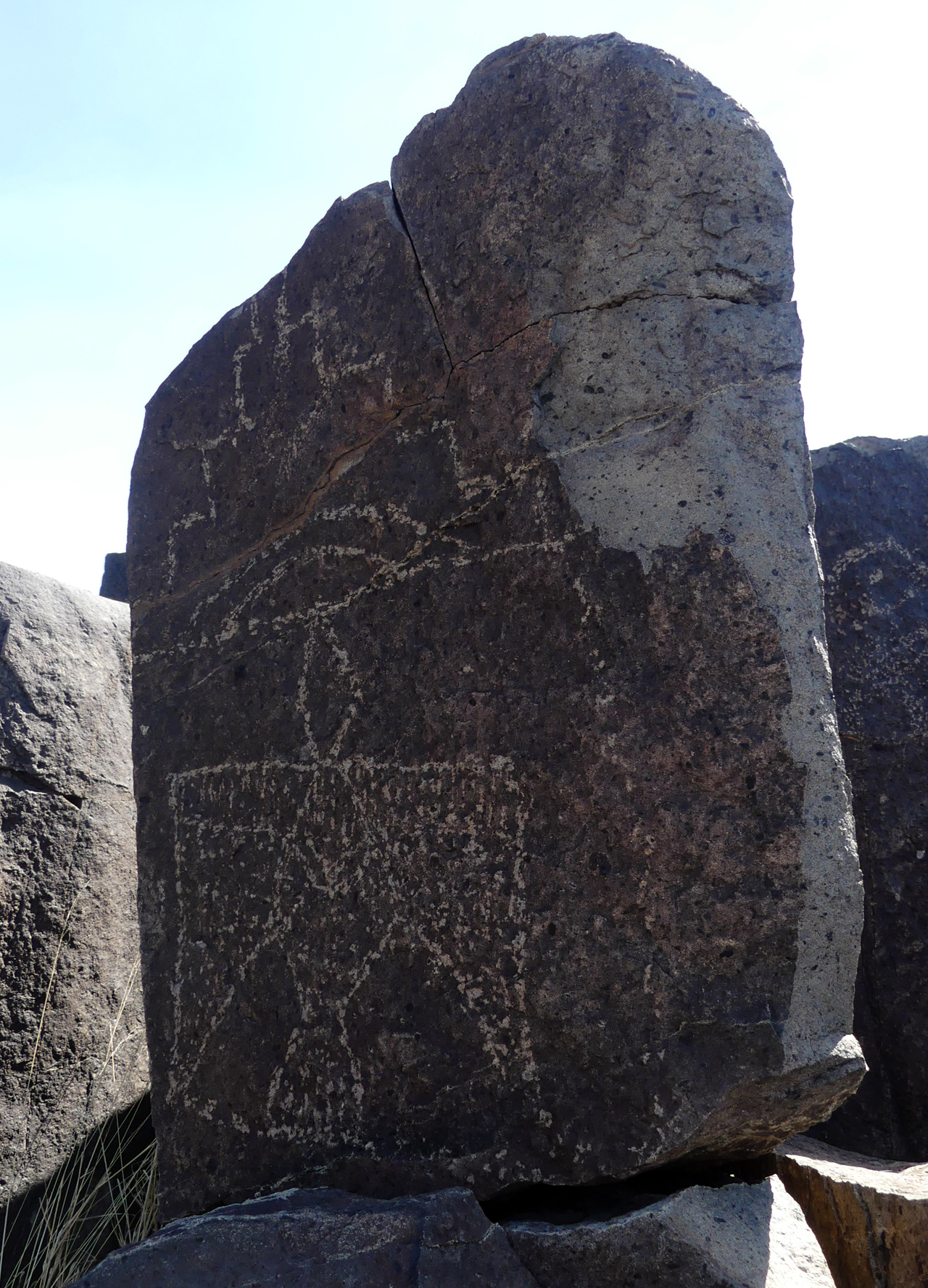 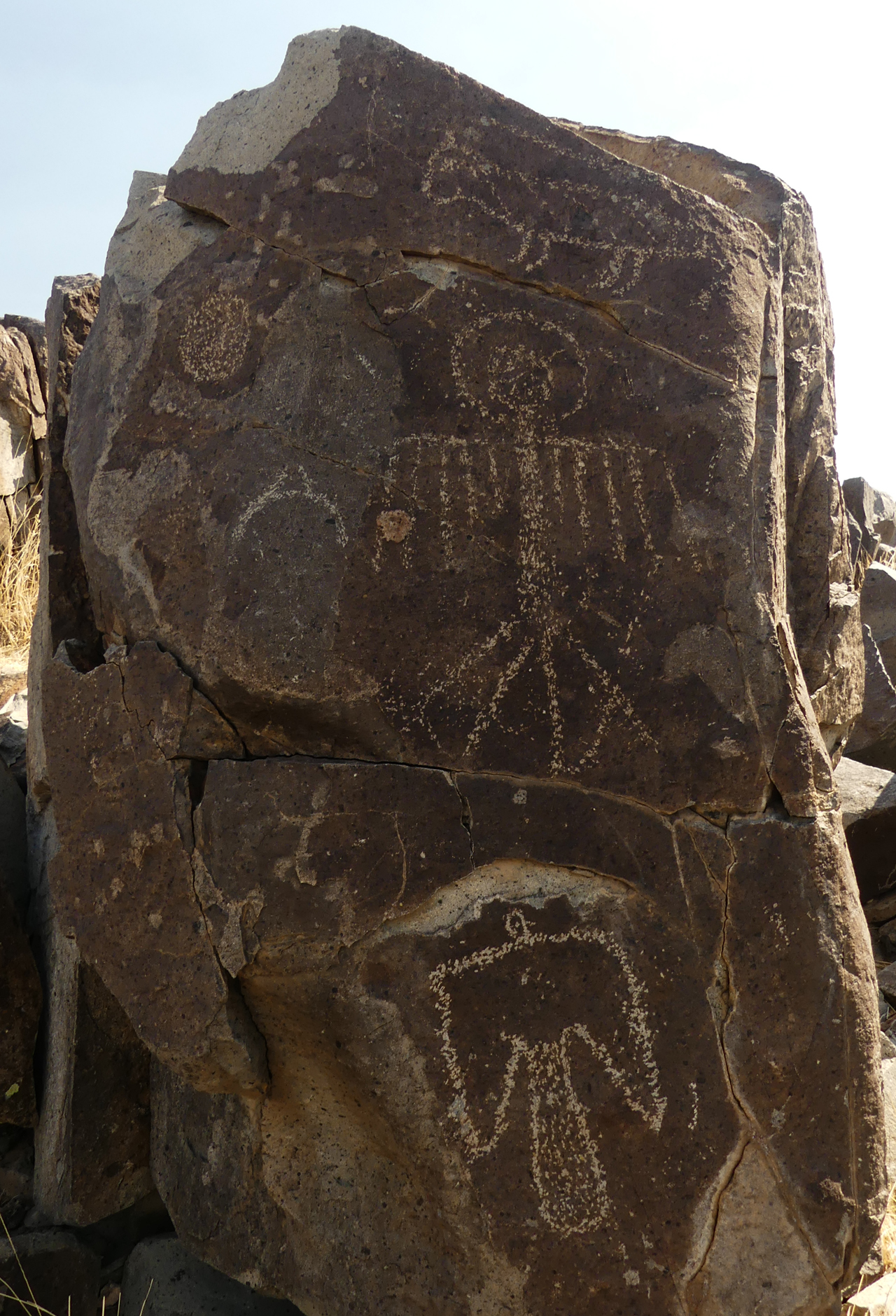 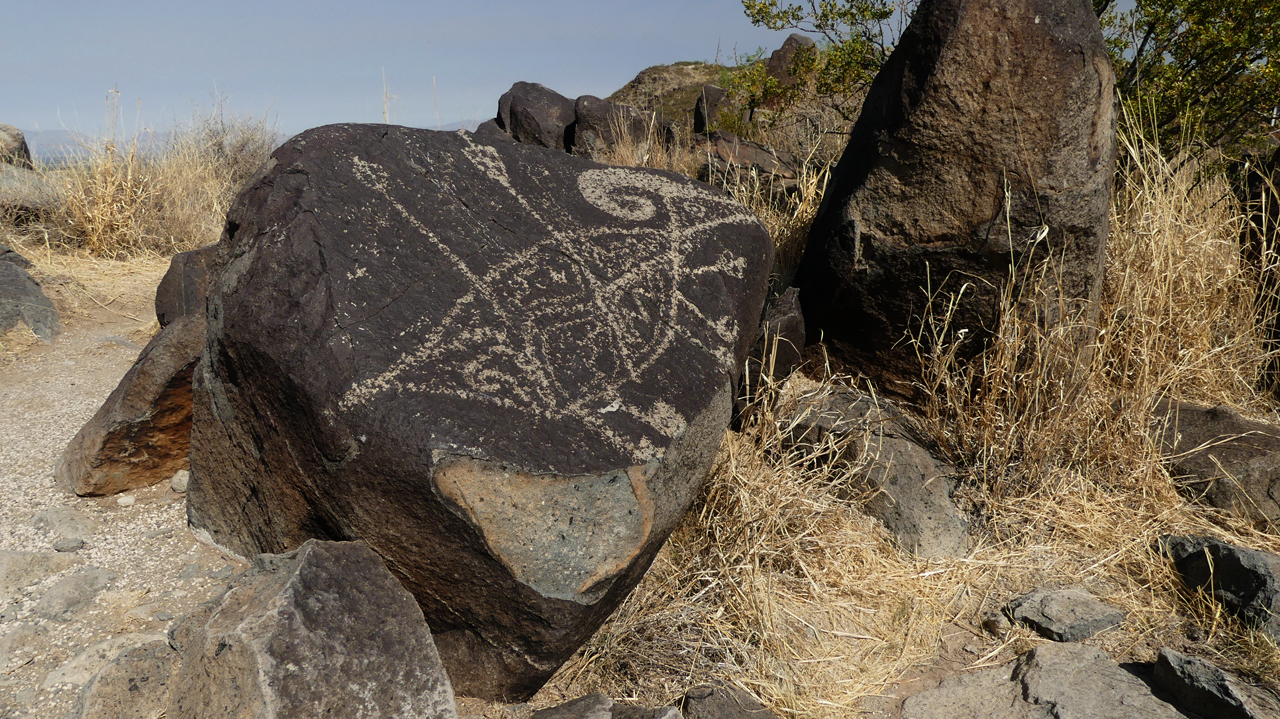 The most famous Three Rivers petroglyph, a bighorn sheep pierced by two arrows. 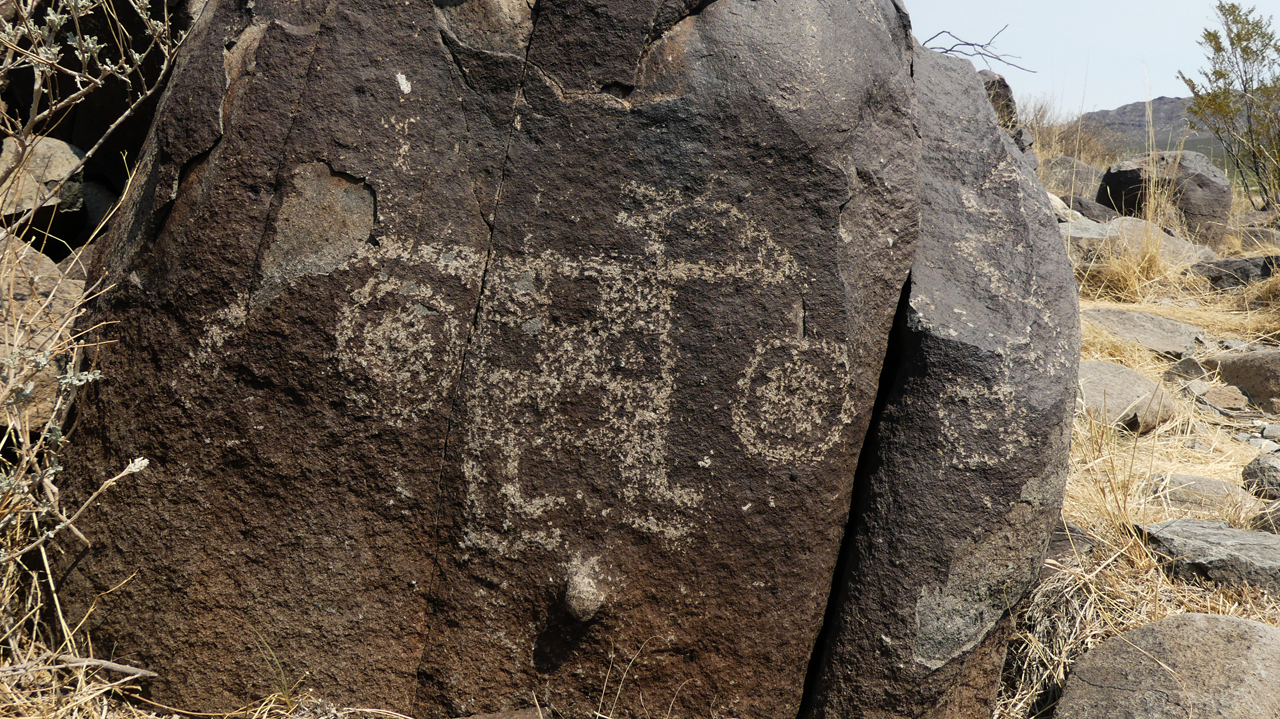 Another animal form, with a checkerboard pattern. 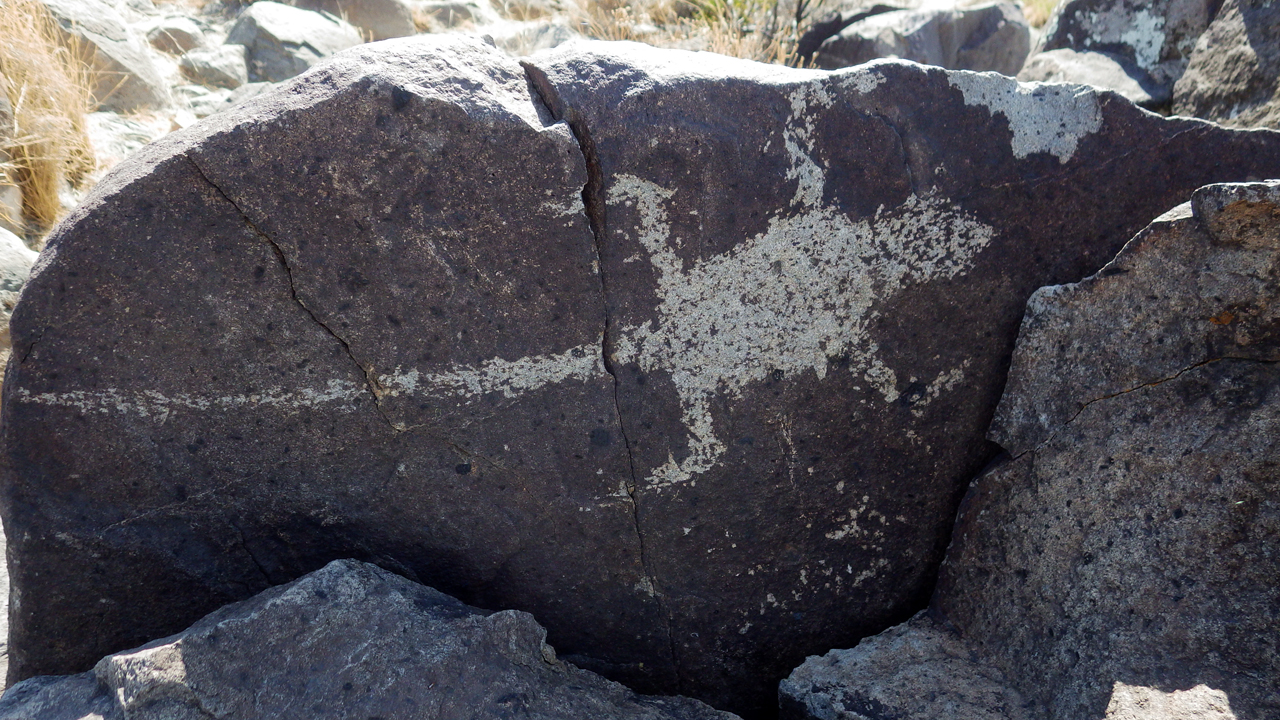 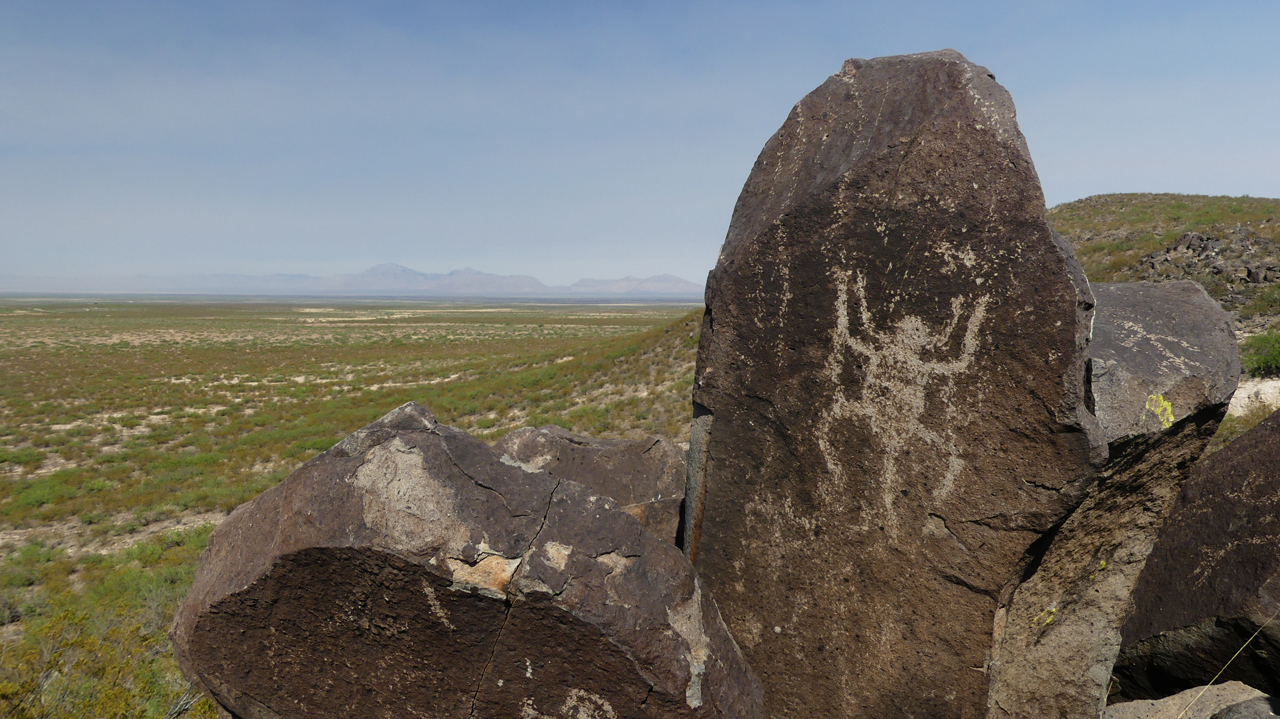 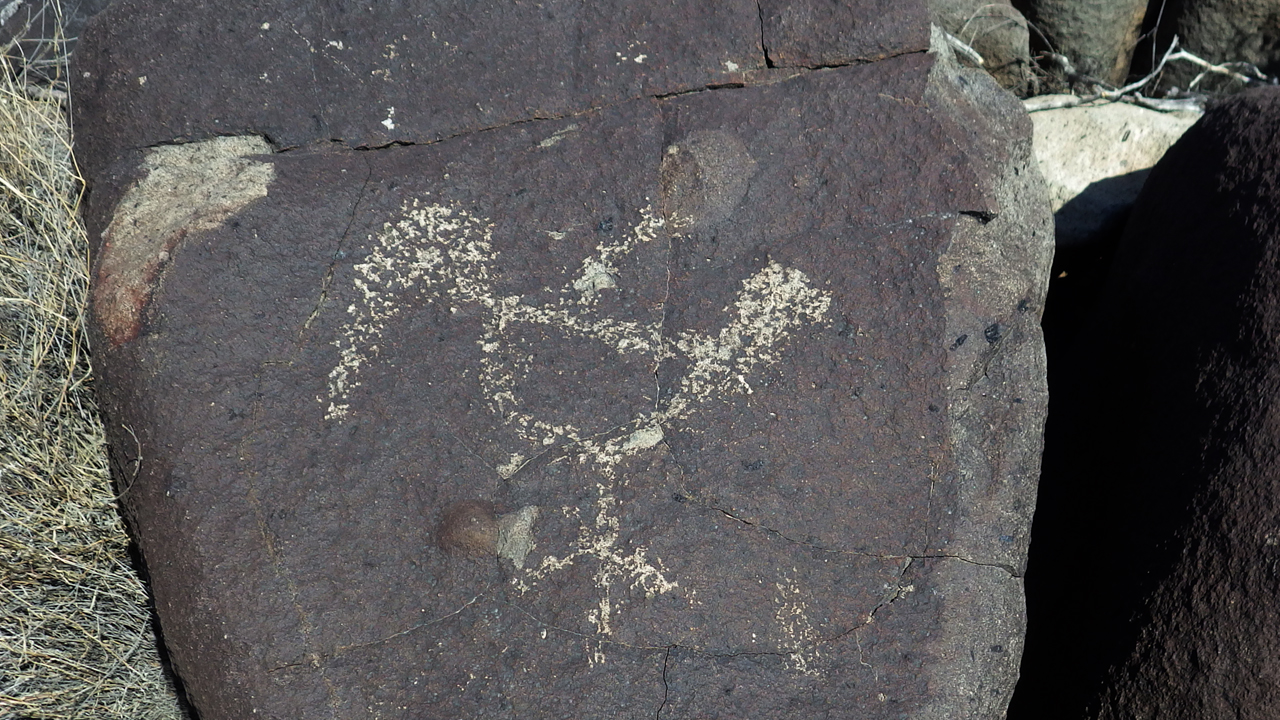 A duck? Or chicken? 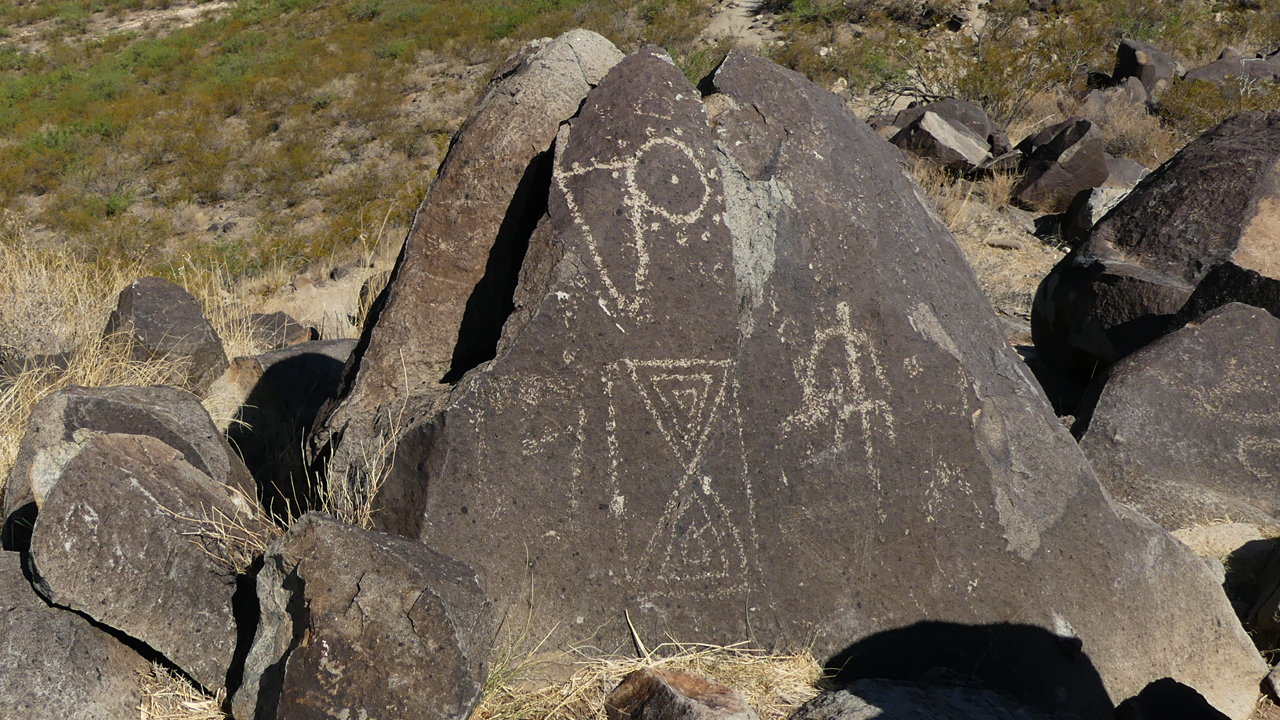 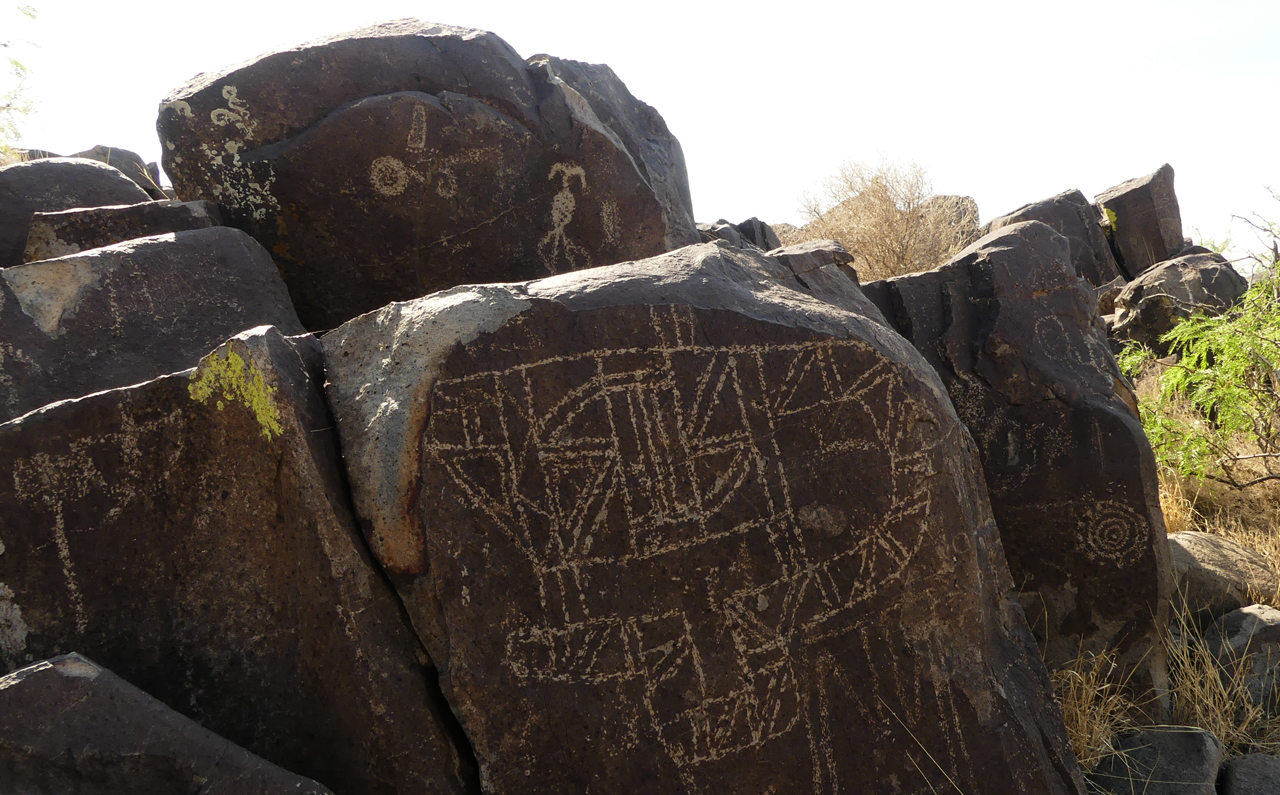 There's a lot going on in this panel. Does the very large geometric pattern represent a village or a structure? Above it, almost a wheeled vehicle, and on the lower right, the familiar circle and dot but this time with concentric circles. 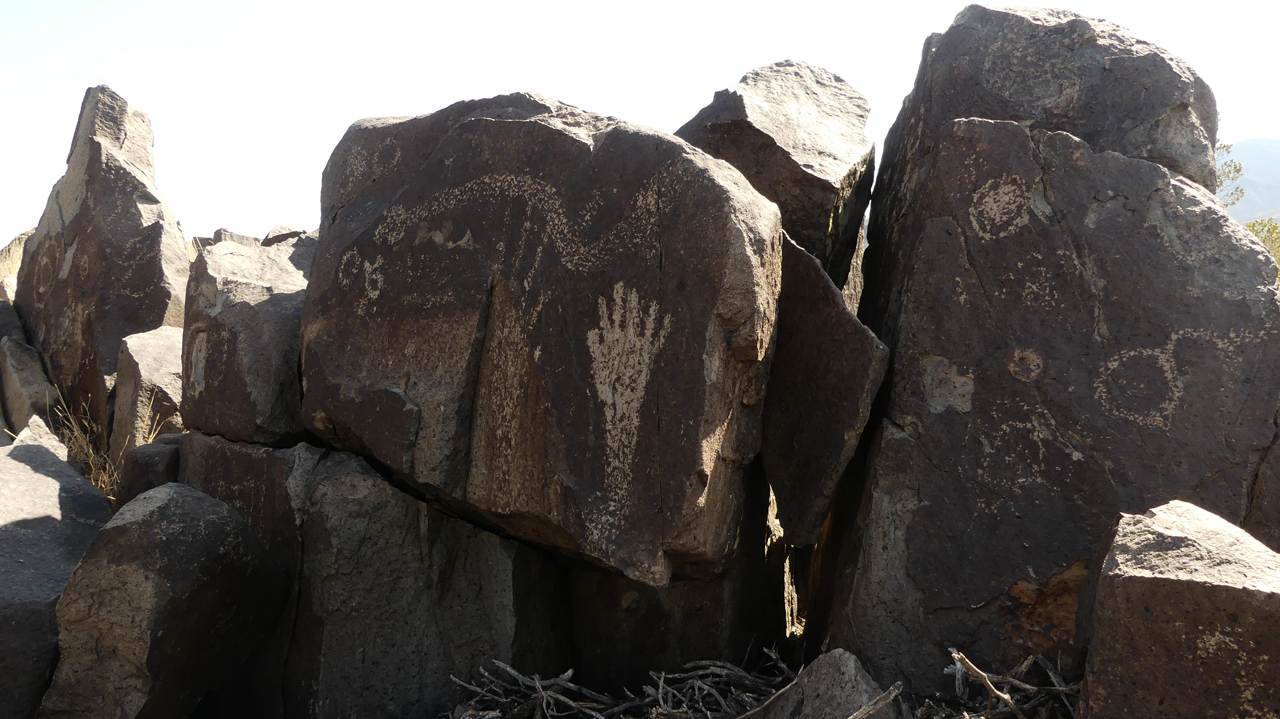 Two very realistic hands, maybe a snake, and so much more! 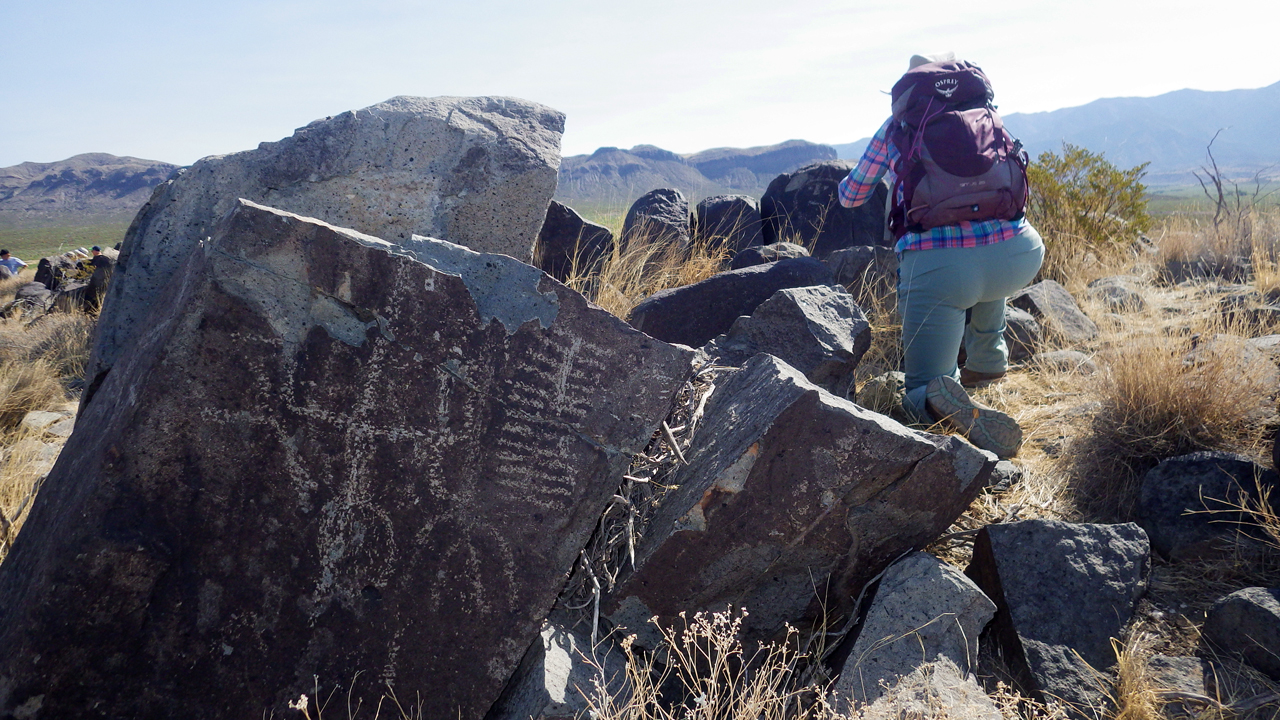 Human figures? And a rib cage? 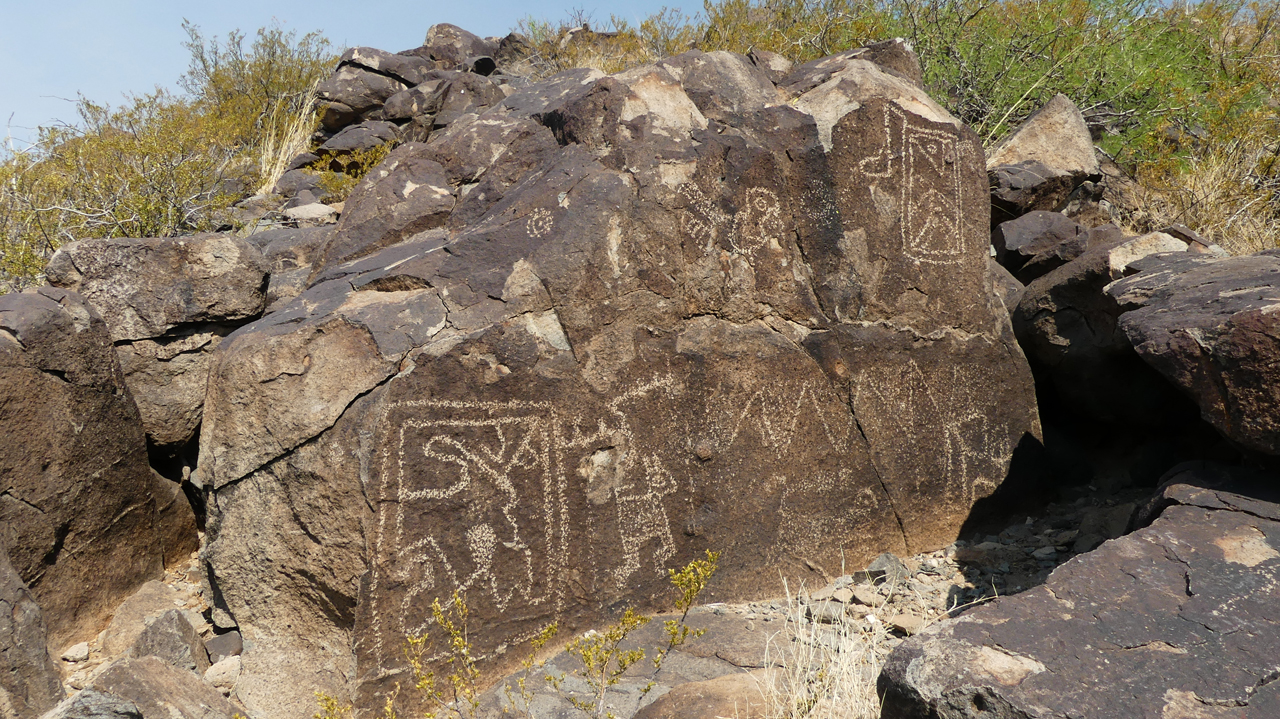 Kim and I trudged across a steep and rocky slope to get a closer look at this magnificent story panel. 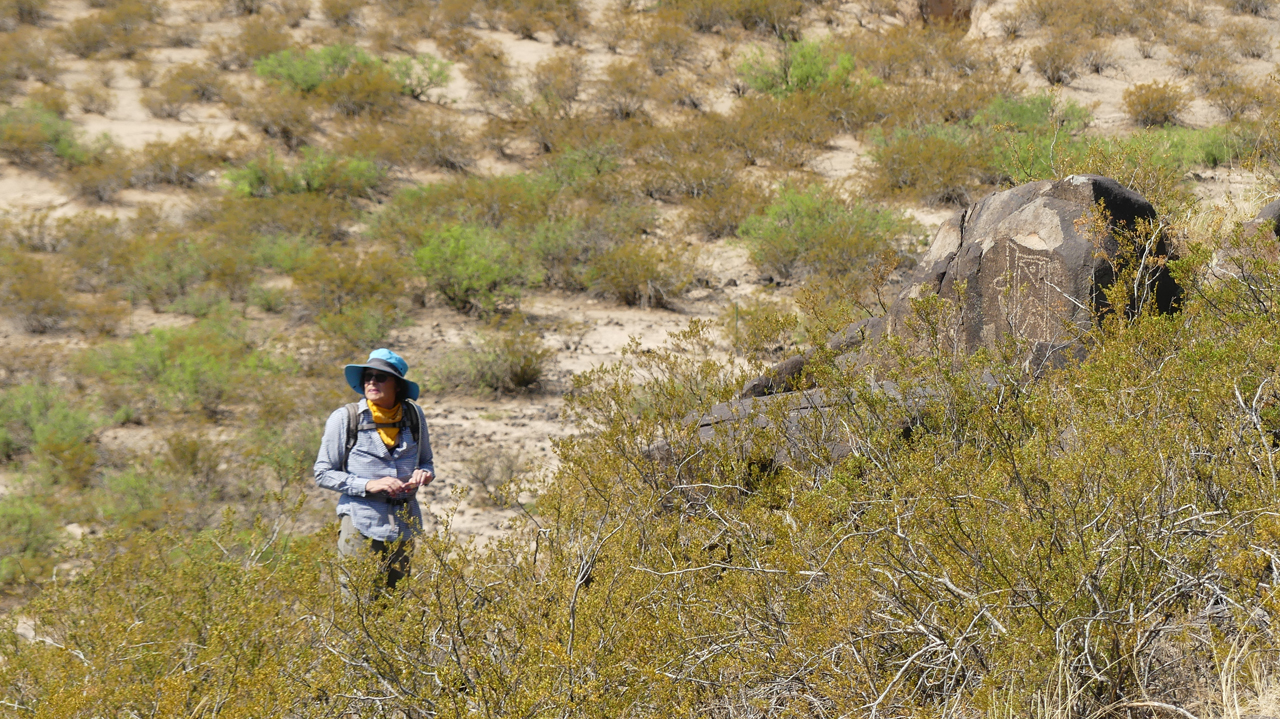 Kim, out standing in her field. 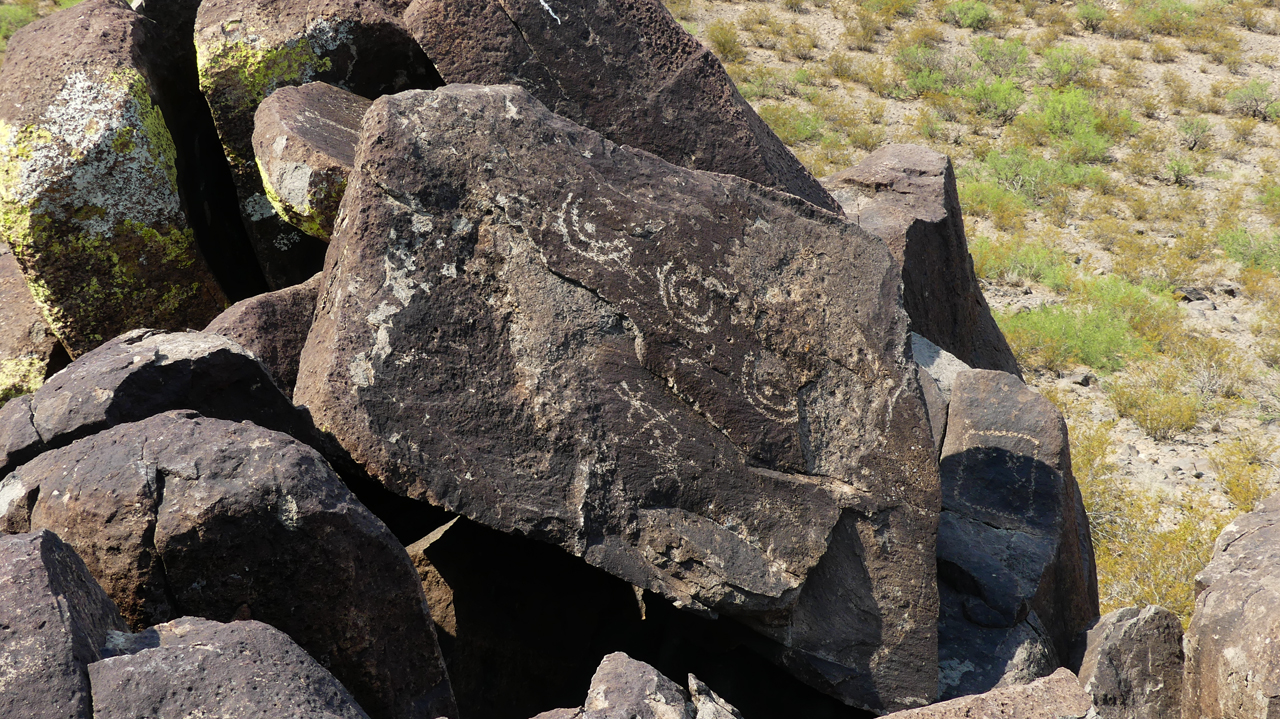 I was intrigued by three half circles. 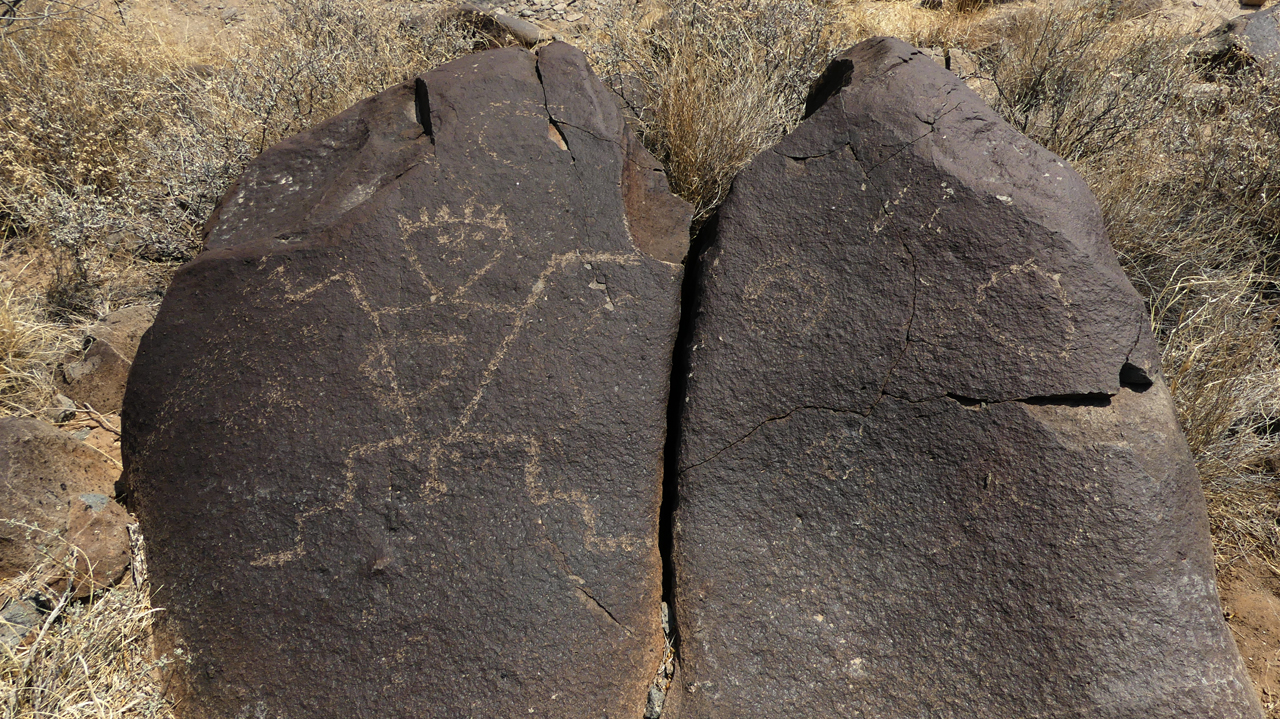 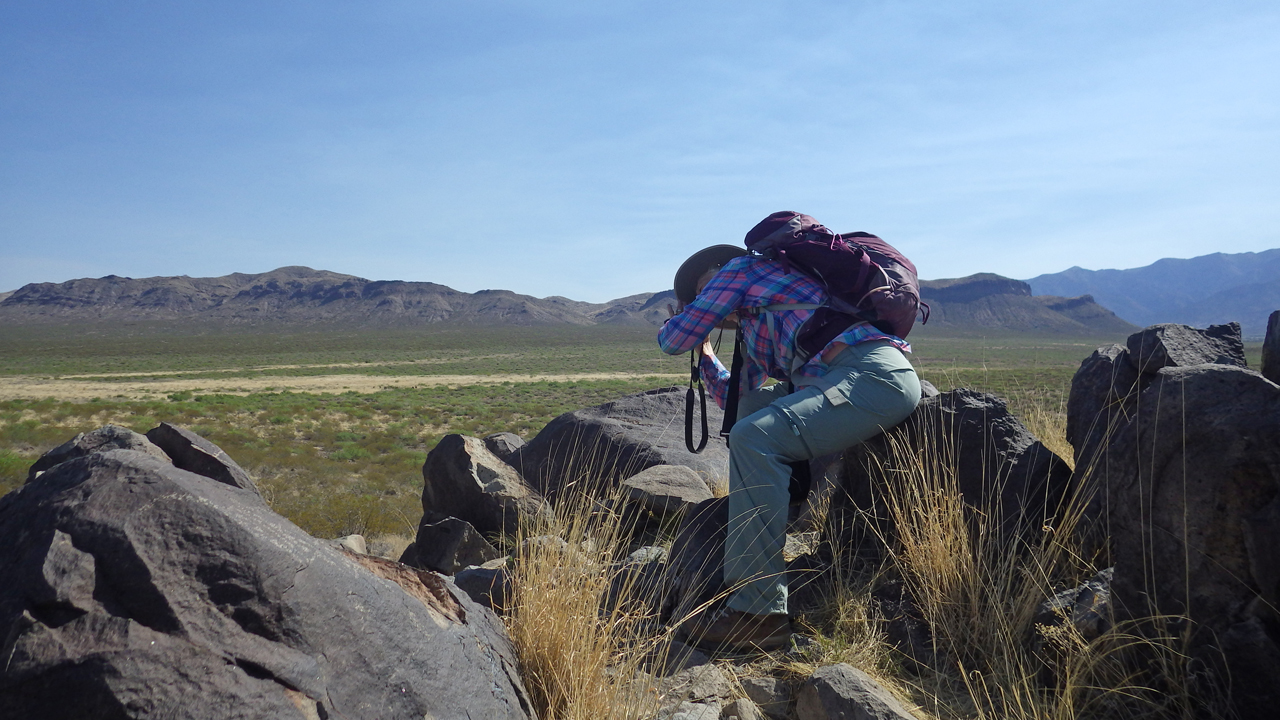