A doctor's appointment in Las Cruces. But it's a long drive, what else might we do while we were in town? Of course, White Sands National Park was at the top of the list, and then we discovered that there were spots available for the monthly tour of Lake Lucero. We had signed up for this trip five years ago, during a Christmas week swing through southern New Mexico, but it was rained out. We quickly booked the tour and chose Dog Canyon and Oliver Lee State Park as our home base.

The New Mexico Space History Museum is a Smithsonian affiliate that displays artificacts related to space flight and highlights the role that New Mexico has played in the US space program. 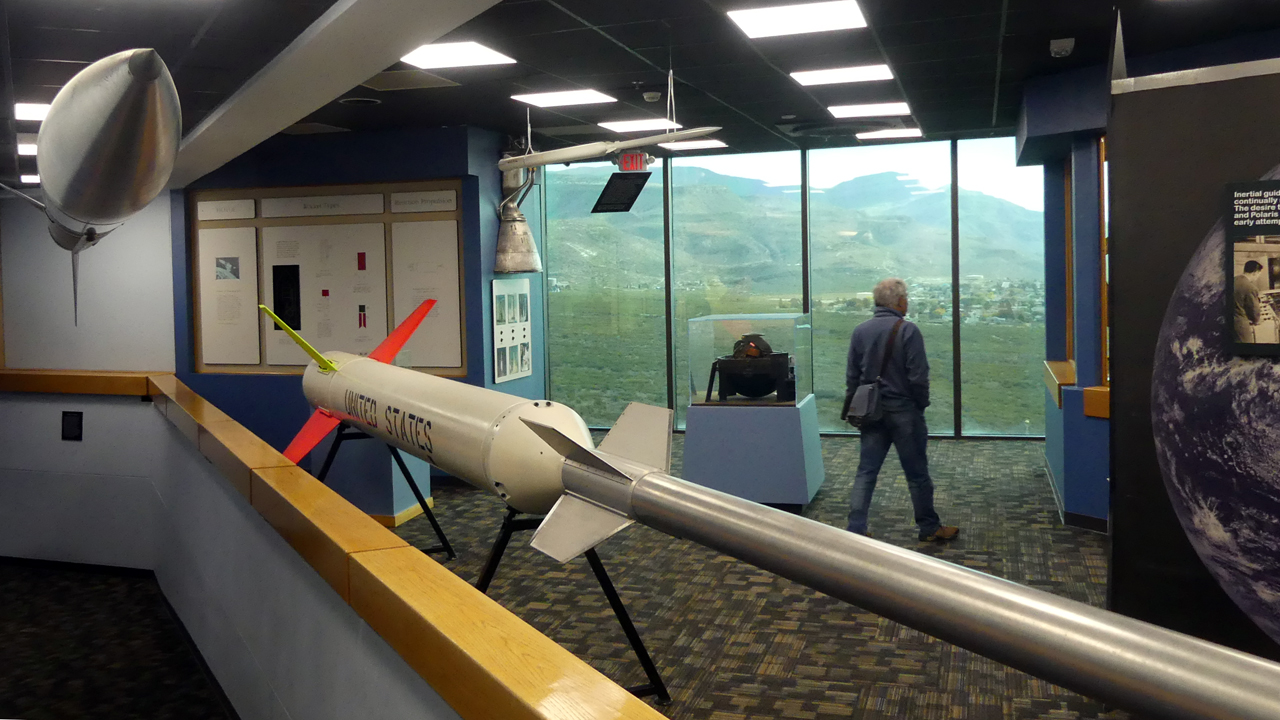 The Space Museum is Dennis' Happy Place, with an impressive collection of rockets, missiles, space capsules, jet engines and other pieces of space history. 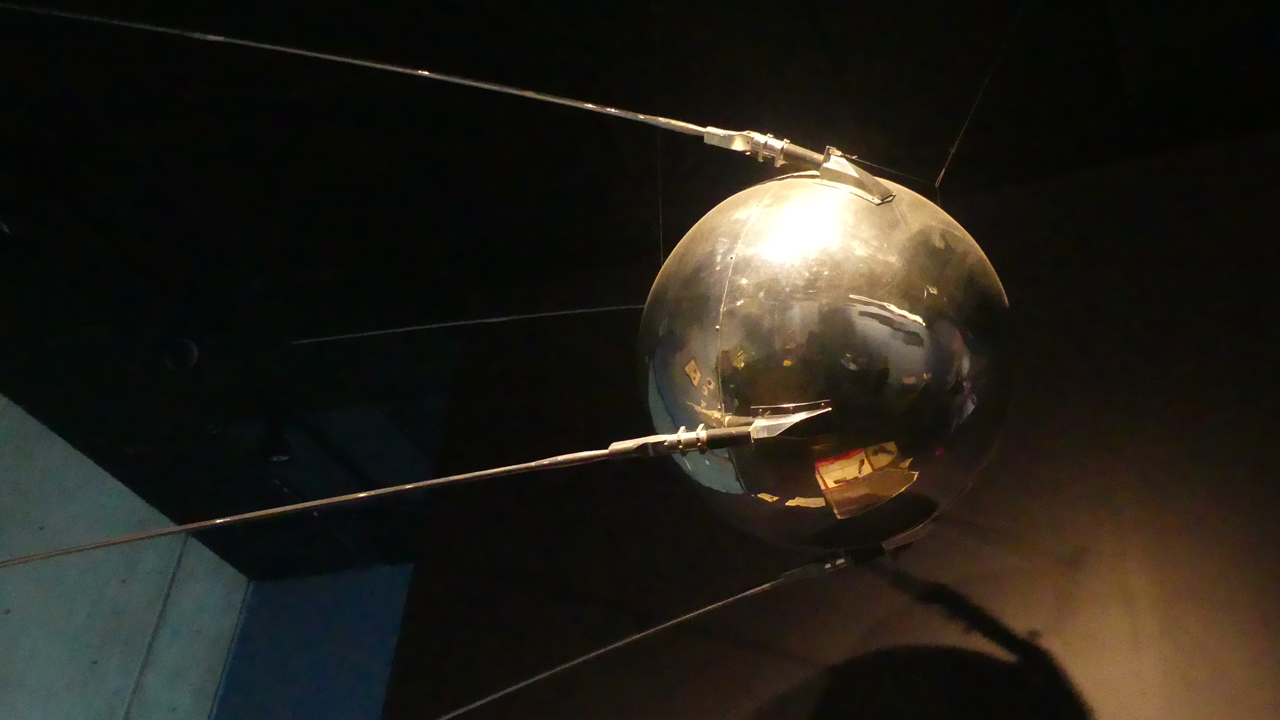 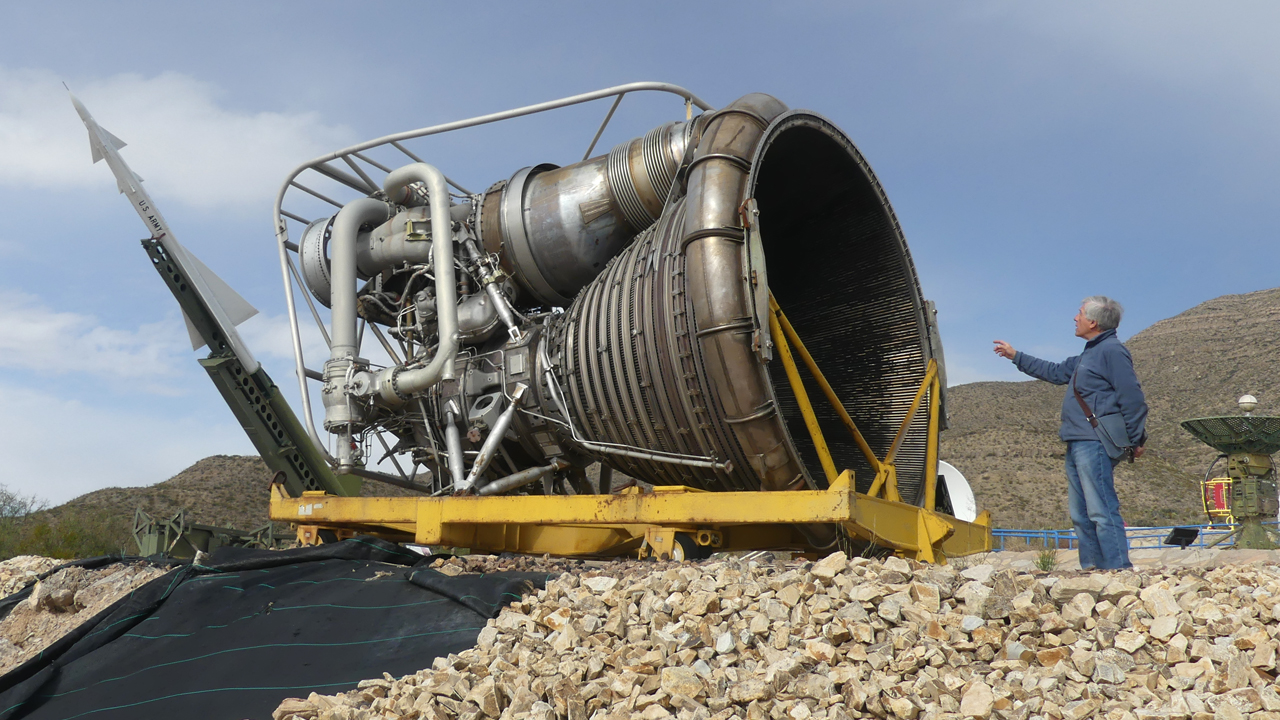 Engine from a Saturn V, a super heavy-lift launch vehicle developed by NASA under the Apollo program for human exploration of the Moon. 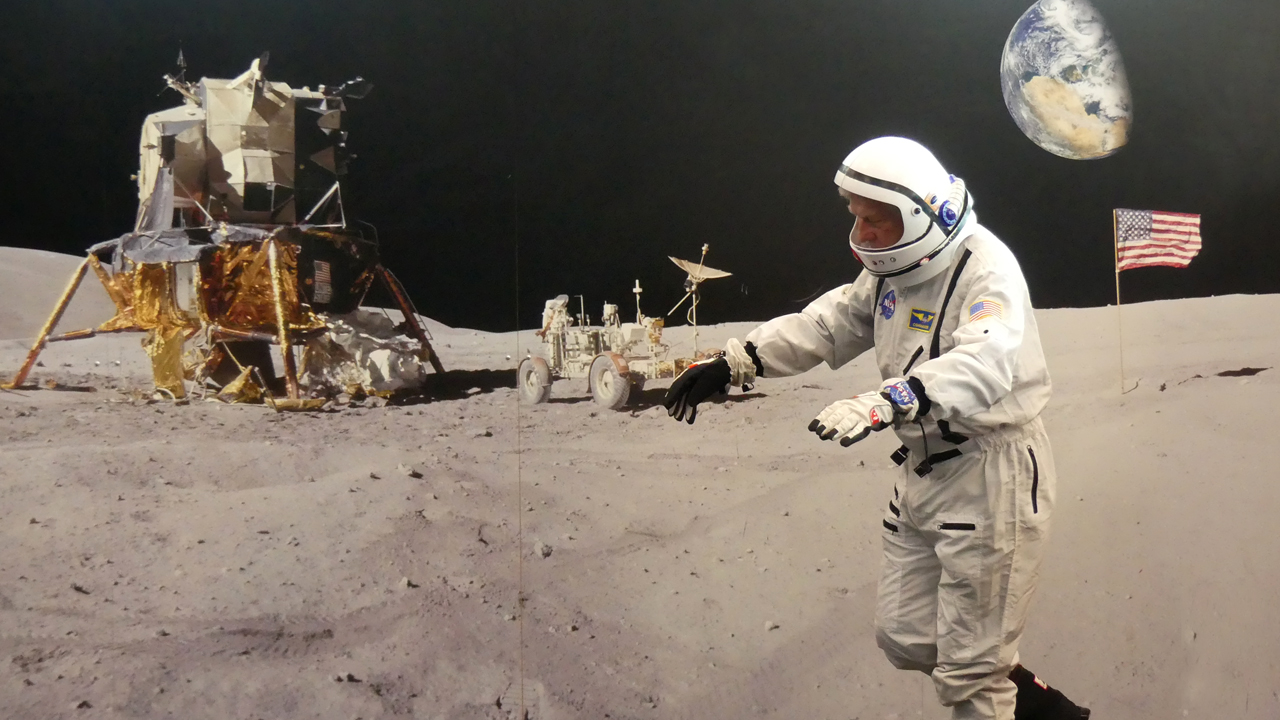 Dennis on the Moon.

My favorite exhibit was the gravity well, which demonstrates the "pull" of objects to the surface of the earth (or other planetary bodies). 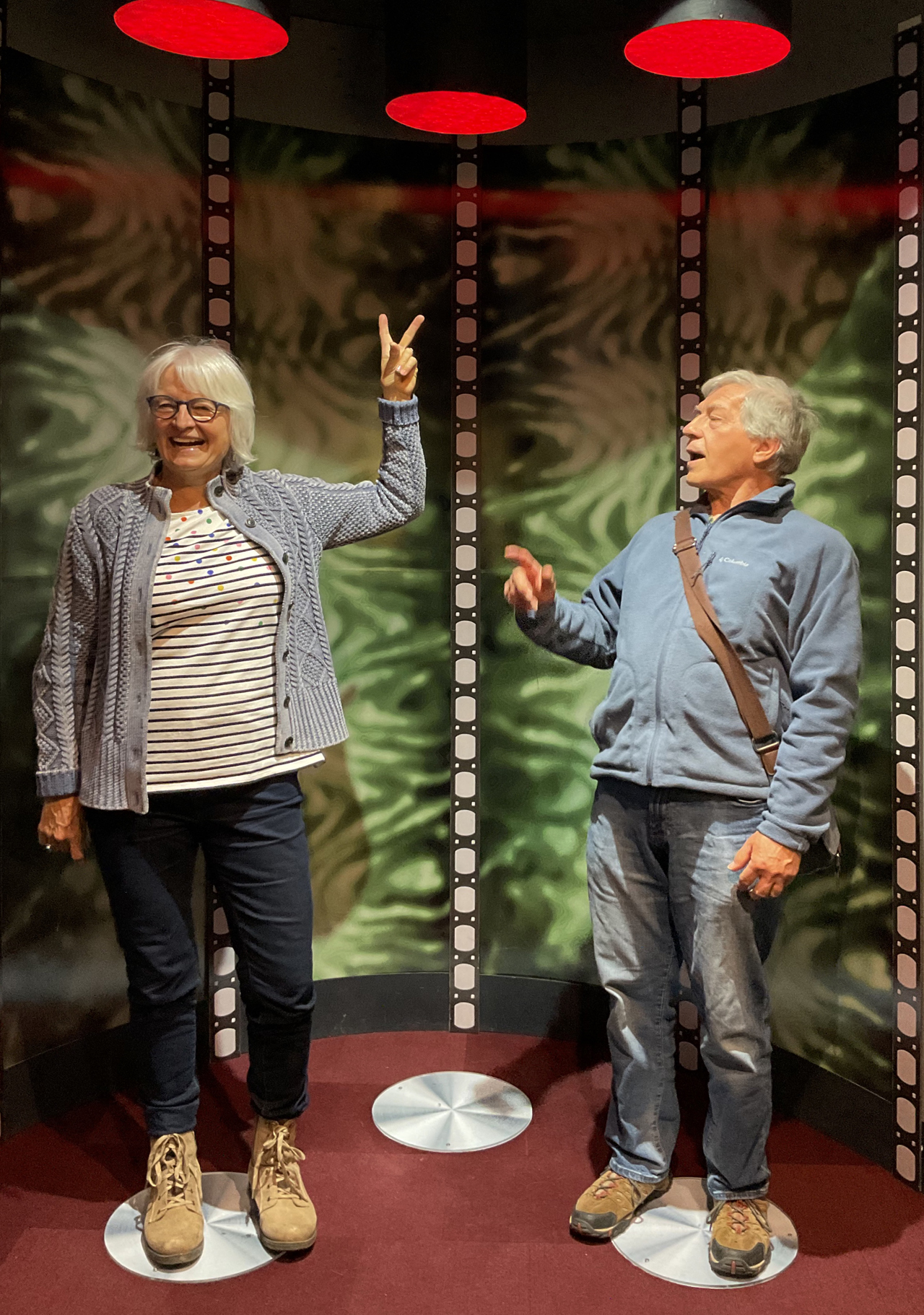 "Beam us up Scotty!" 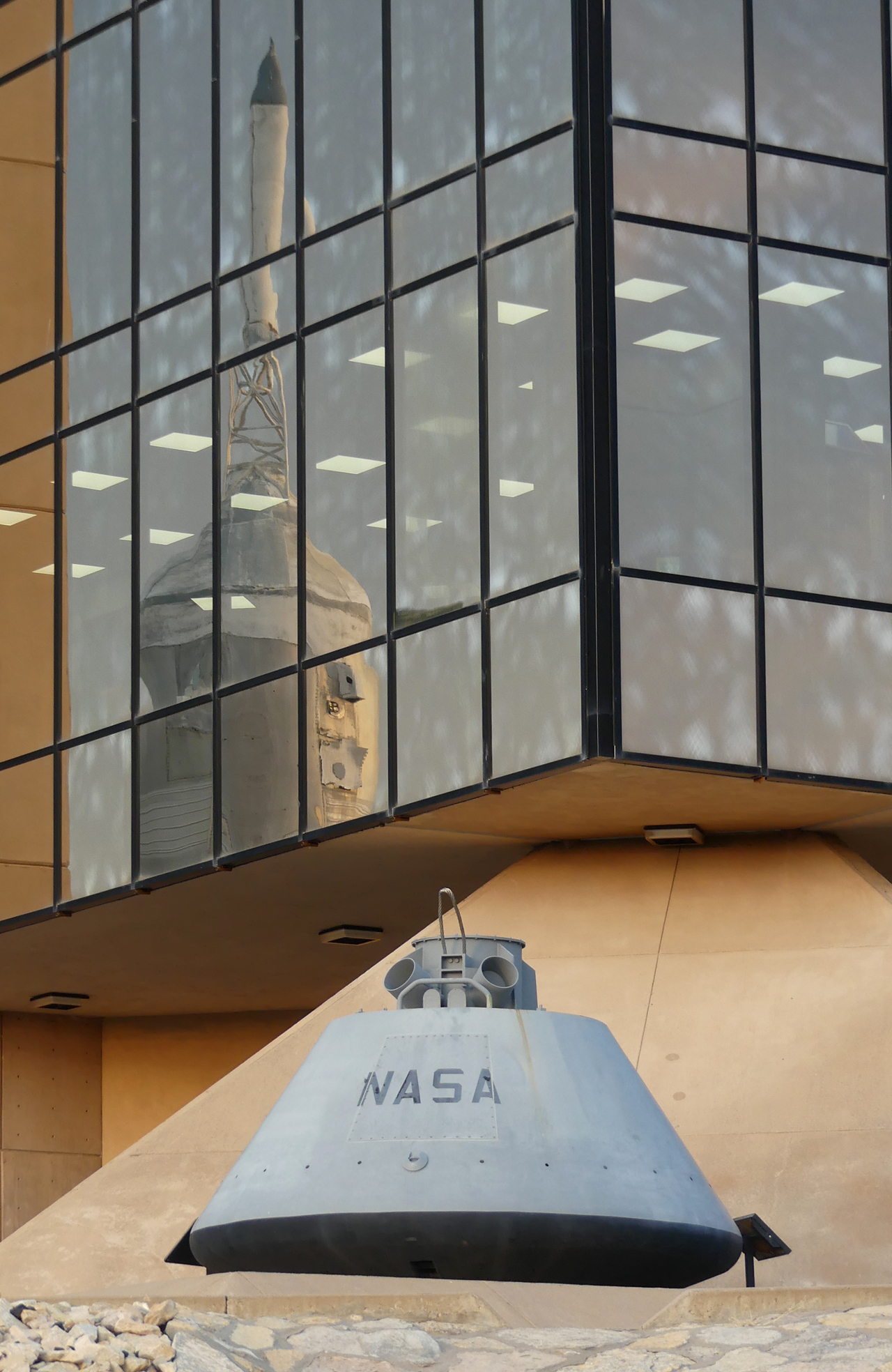 Little Joe II rocket reflected in the museum windows at sunset, with a capsule model that was used for recovery practice. 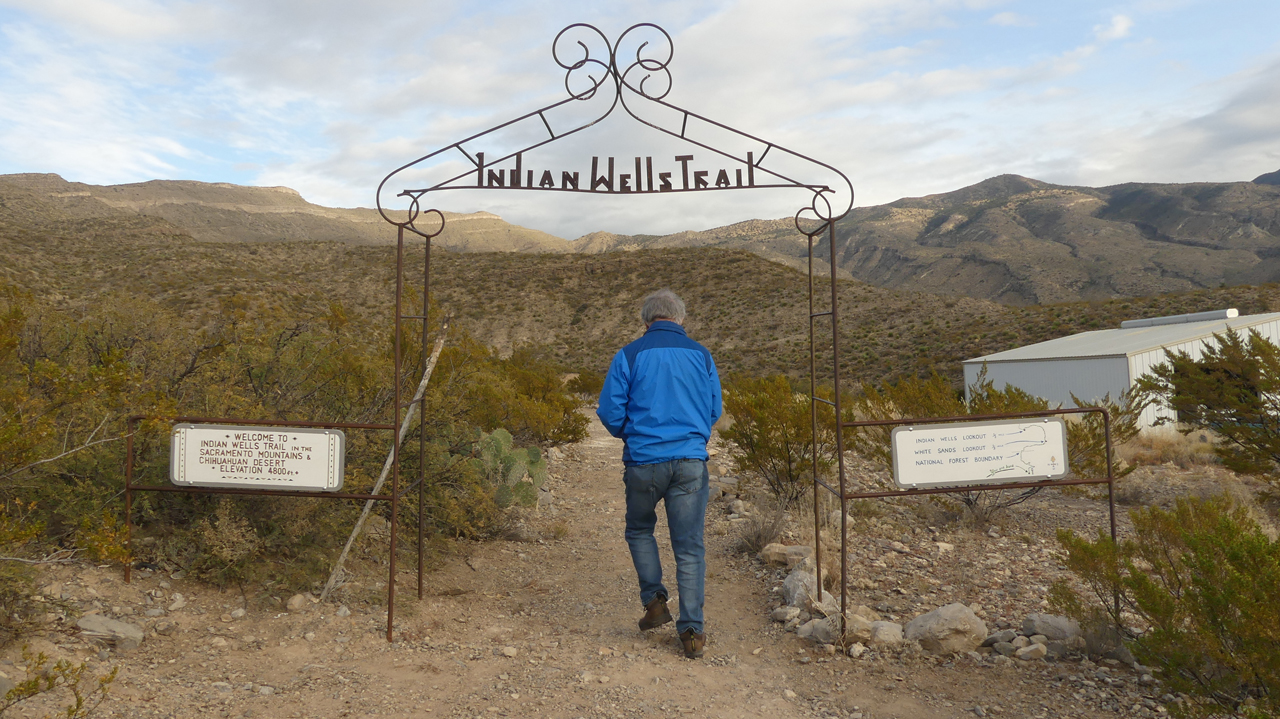 The Indian Wells Trail, which climbs into the foothills of the Sacramento Mountains right behind the museum. 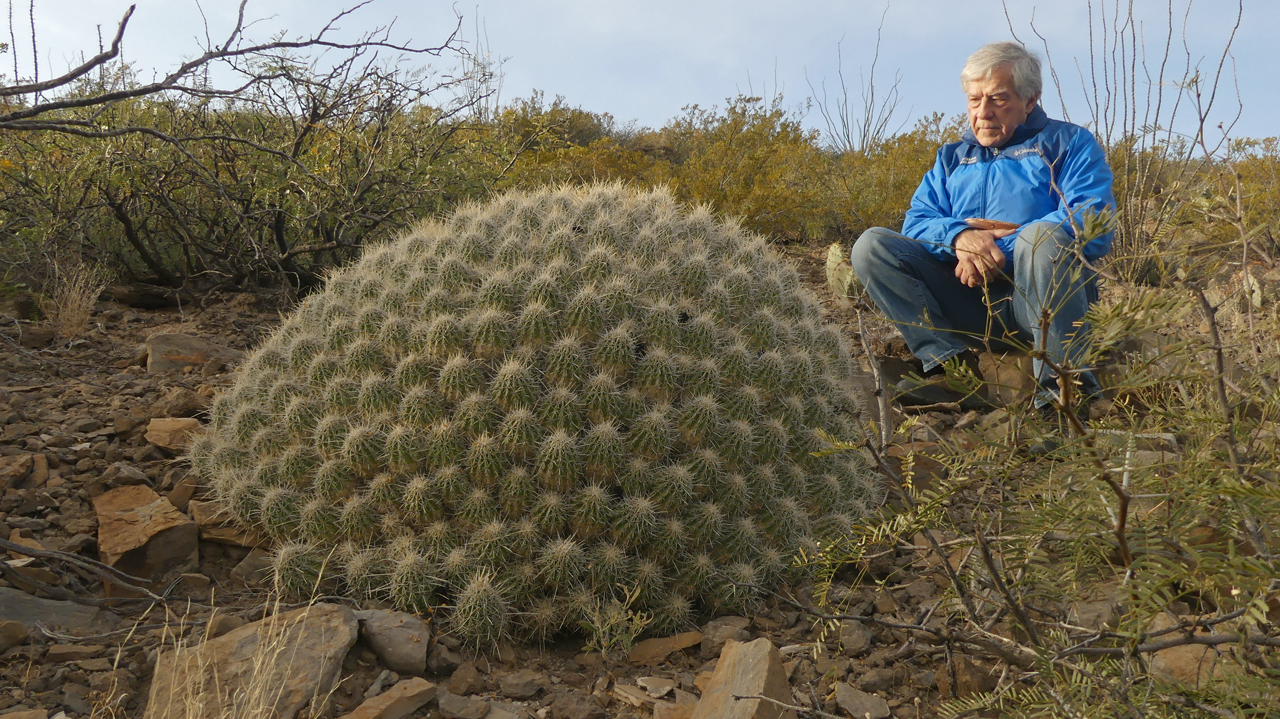 This is an extremely large mound of hedgehog cactus. They were common here, along with Turk's caps. It was a reminder that despite some visual similarities, this is not the Sonoran Desert. 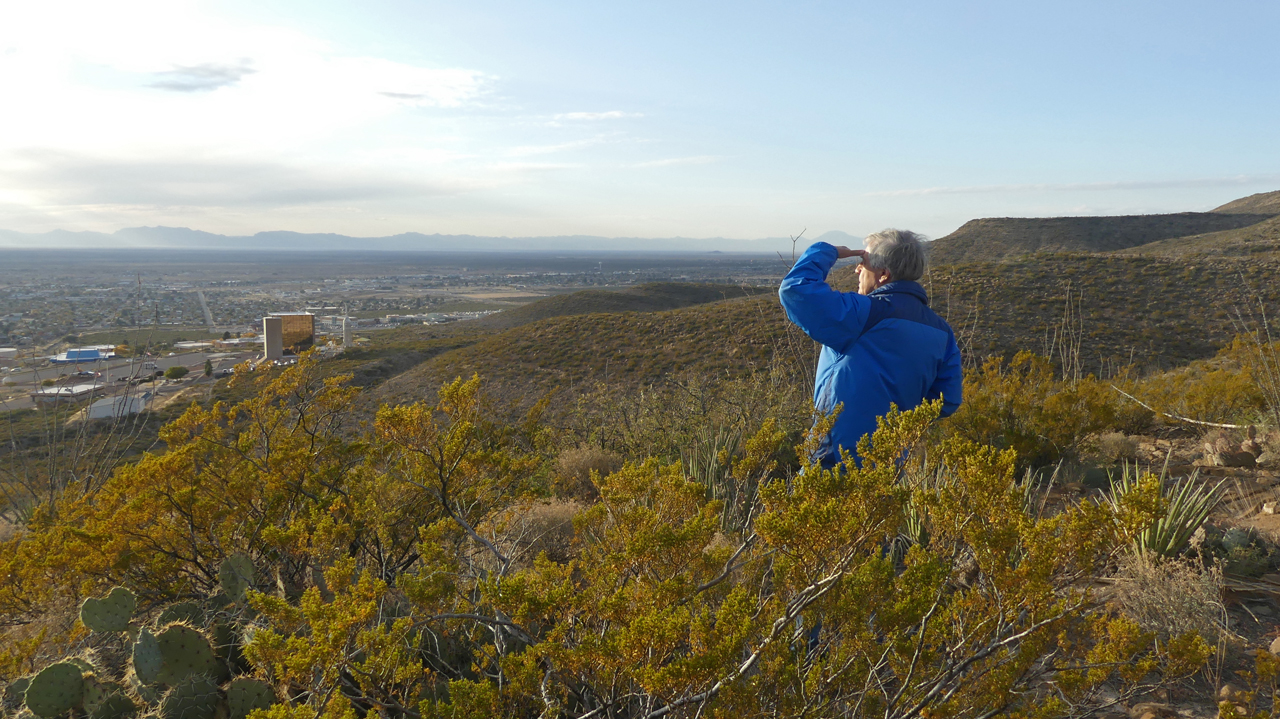 The Space Museum complex from above. 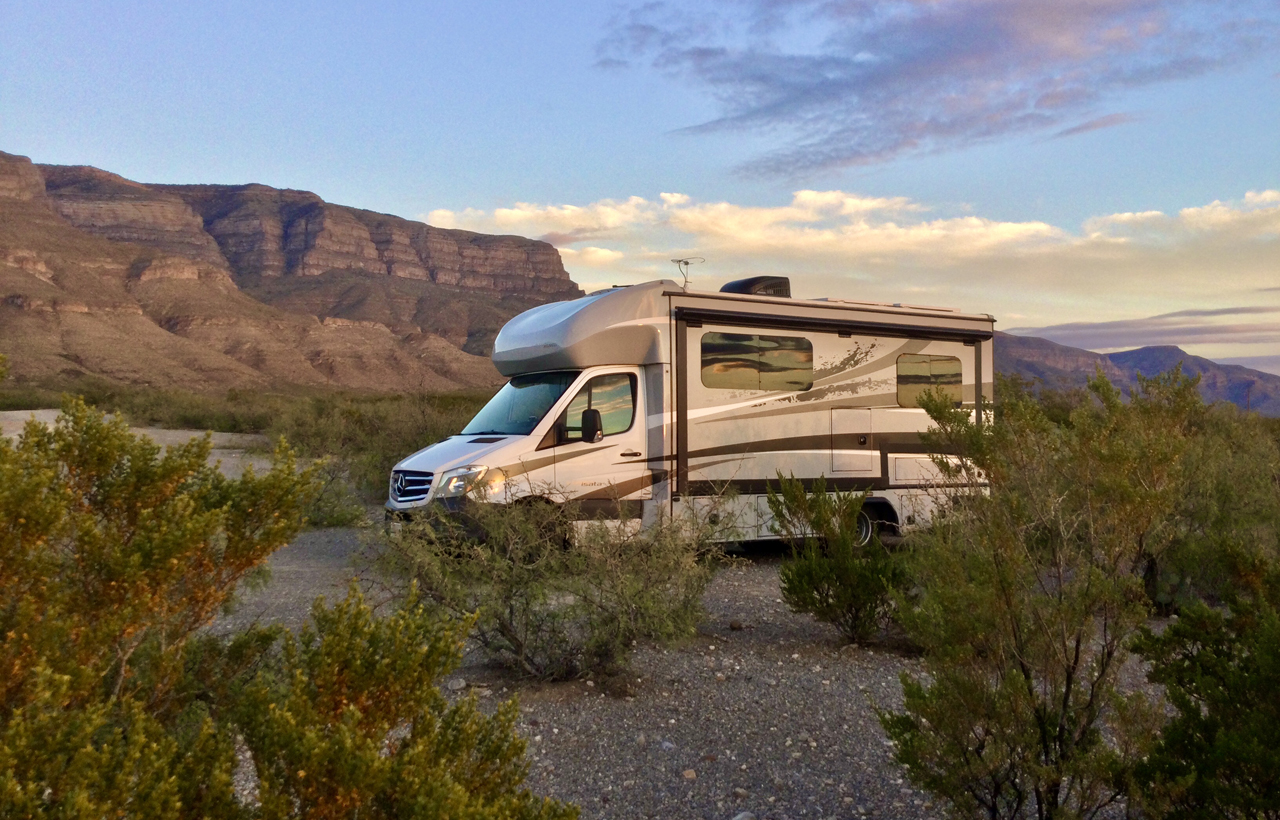 We tucked in for the night at a popular boondocking site in an old gravel pit off Dog Canyon Road. Perfectly adequate for the purpose.